A Welshman has run 405 miles from Swansea to Ibrox Stadium to raise money for the Rangers Charity Foundation.

Andrew Williams, 37, spent 14 days on foot with nothing but the bag on his back for company as he travelled northwards. 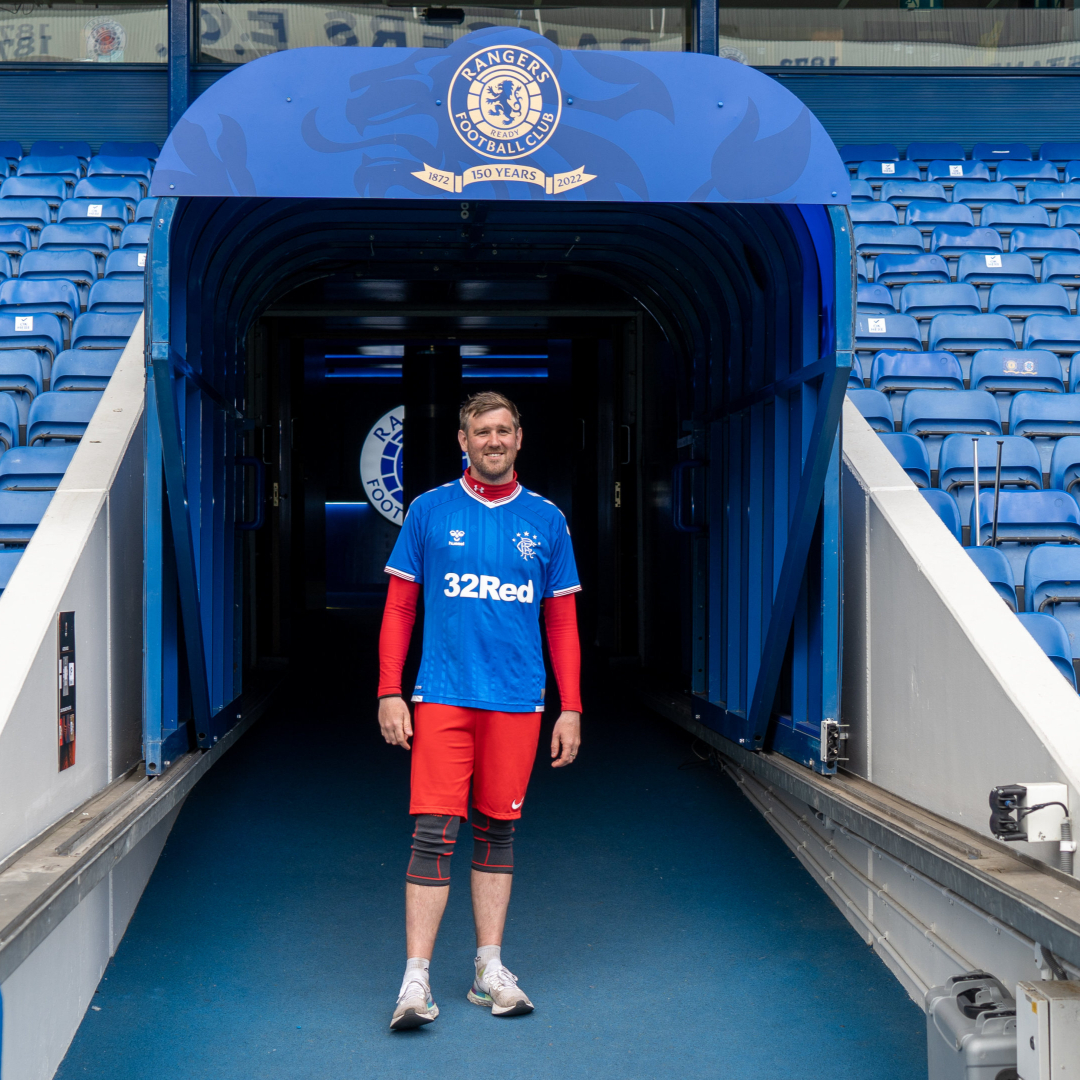 He has so far raised £4,600 of which he plans to split between the Rangers Charity Foundation and 4louis – a charity which provides support to anyone affected by miscarriage, stillbirth and the death of a baby or child.

The dad of three set off from his home in South Wales on 23 April 2022 and was welcomed by Foundation staff and his family as he arrived on 6 May 2022.

He said: “It’s been long and emotional. The first couple of days were full of excitement but after that there was a lot of pain, hills, rain and sun burn.

“I had one or two injuries during the first couple of days. My knee popped on day one so I’ve had to wear a knee support, but I’ve felt the pain all the way.

“I’ve got blisters on my feet and I was in absolute agony but probably the hardest thing was the mental side. Being on my own for 14 days, not seeing my kids, who I see every day when I am back home, that was tough.”

Andrew ventured up to mid and North Wales to Lancaster before climbing the mountains of Penrith and crossed the border to Gretna. In his final few days he moved on to Moffat and then Lanark before arriving at Ibrox.

He was inspired to raise money for the Foundation after he took part in the Sleep Out From Home event in December 2020. He explained:

“I found out about the Foundation a couple of years ago.

“My young children and I were going to come up and do the Big Ibrox Sleep Out, but we couldn’t do it due to Covid. So, we decided to sleep in our shed and we raised money doing that.

“We put the laptop up, watched a couple of singers singing the songs and there was a quiz. Then there was a short video clip about where the money went to and I just thought it was fantastic that a big club like Rangers would actually give so much back, not just to the people of Glasgow, but further afield as well.

“And I have got a lot of friends who are in the Armed Forces, so the link between Help for Heroes and the Foundation was key for me. As soon as I said I was going to do this run, I was definitely going to raise money for the Rangers Charity Foundation.”

Andrew’s other motivation came from the sad loss of his nephew Sonny. And he was determine 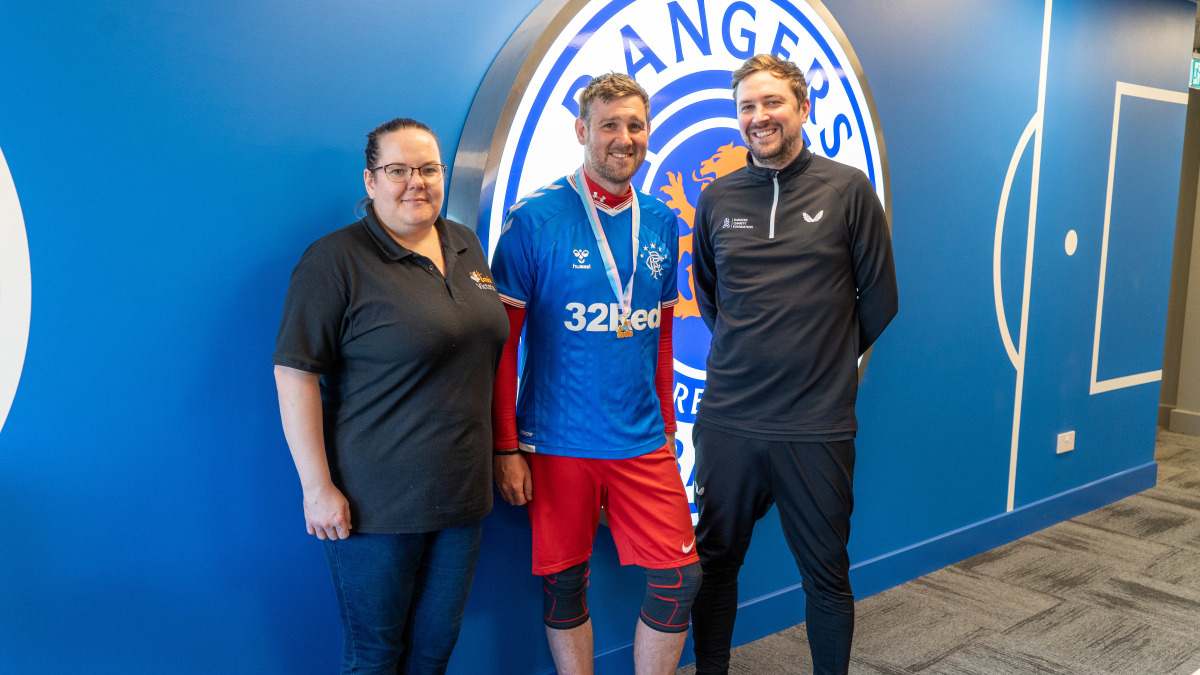 d to raise money for the charity that provided support to his sister and brother in- law.

Andrew continued: "I wanted to do something in honour of my nephew Sonny who sadly passed away last year.

“4Louis is a charity that works across the country to support anyone affected by miscarriage, stillbirth and the death of a baby or child. They also work to improve the care bereaved families receive from health care and other professionals.”

The Rangers Charity Foundation would like to thank Andrew for his incredible achievement and is grateful for the cash donation. The Foundation plans to honour Andrew at a True Blue Hero reception. Want To Lose Weight and Feel Great? Sign Up For FFIT!