Rangers FC midfielder Glen Kamara joined pupils from across Glasgow this week to celebrate the launch of a new partnership between the Rangers Charity Foundation and the charity Time for Inclusive Education (TIE). 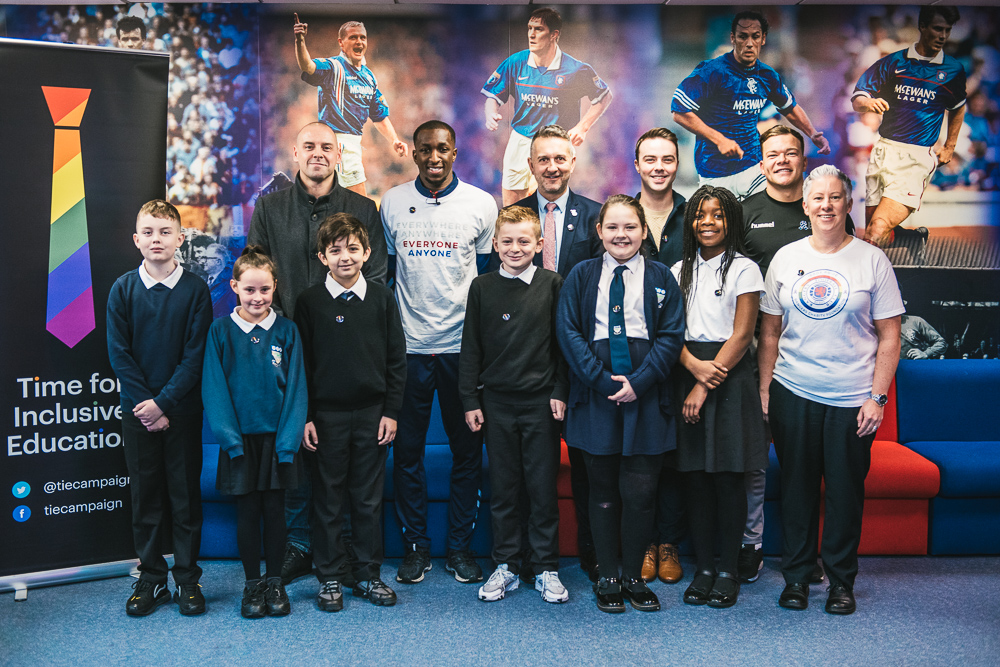 Kamara visited the Rangers Charity Foundation at Ibrox, as it announced the expansion of its ‘Diversity Wins’ project with TIE.

The Foundation launched ‘Diversity Wins’ in 2018 with the support of Glasgow City Council’s Employment and Skills Partnership team, coinciding with the Scottish Government’s announcement that all Scotland schools are to formally recognise the issues faced by the LGBT community as part of the curriculum, after TIE’s three year campaign for LGBT-inclusive education.

In season 2018/19 ‘Diversity Wins’ was delivered out of the Ibrox Community Hub to 700 Primary 6/7 pupils. Workshops are designed to break down barriers between those from different backgrounds, promote anti-bullying and motivate pupils to share the positive messages they have learned with families and friends.

The Rangers Charity Foundation and TIE will now work together to deliver an updated ‘Diversity Wins’ programme, which offers LGBT-inclusive 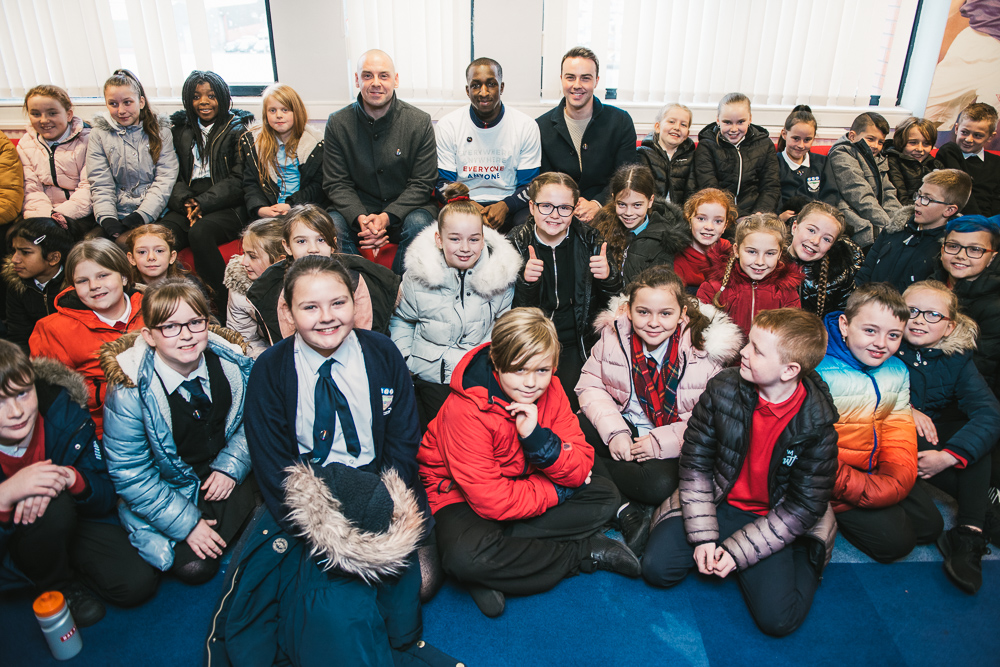 education to both primary and secondary schools in Glasgow.

TIE is a Scottish charity, founded in June 2015, which works to combat homophobia, biphobia and transphobia in schools by providing educational services covering LGBT awareness, prejudice and equality.

The enhanced project will also champion equality and inclusion, encourage tolerance and understanding and actively support the Rangers Football Club and Rangers Charity Foundation’s ‘Everyone Anyone’campaign, which was launched in summer 2019.

The announcement comes just days before Rangers shows its support for lesbian, gay, bi and trans players and fans across the country, by promoting Stonewall Scotland’s Rainbow Laces campaign at its fixture against Hearts on Sunday 1 December.

Kamara said: “It’s important for kids to have an education which helps everyone to feel welcome and it’s great to see that the Foundation is supporting schools with this. 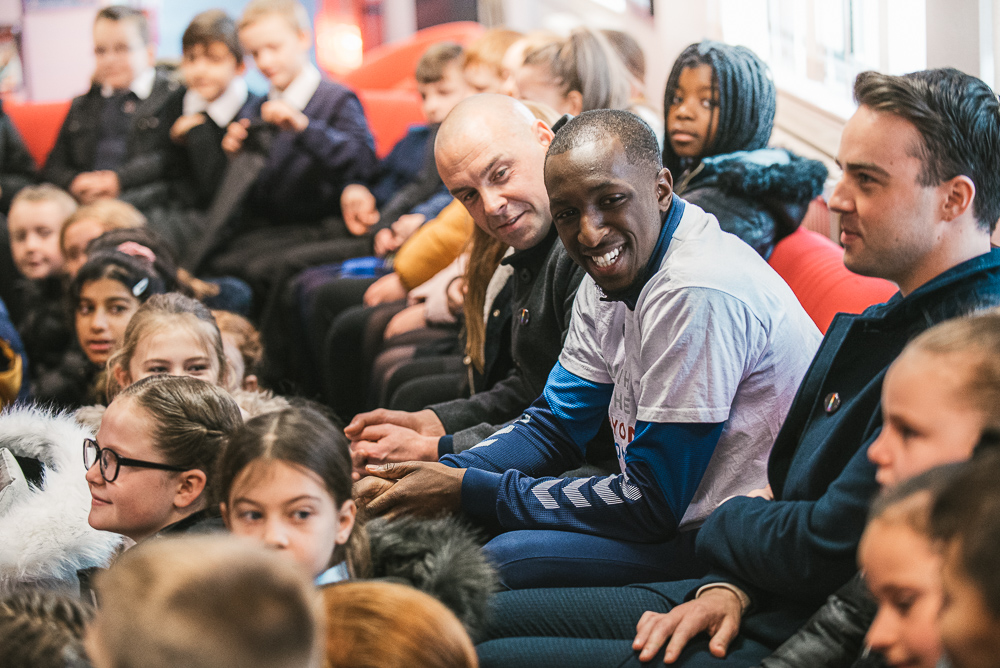 “I really enjoyed spending some time with the schools today and I’m sure that they’re just a small portion of the pupils who will benefit from the Foundation’s new partnership.”

Rangers Charity Foundation Director, Connal Cochrane, said: “We’re delighted to be entering a partnership with TIE, which will help to significantly increase the number of children in Glasgow who receive LGBT and anti-sectarianism awareness education.

“I think it’s a real strength that the Rangers Charity Foundation works in partnership with a range of organisations and, given our commitment to making this a Foundation for all, TIE fits in very well with our dedication to making LGBT people feel welcome and accepted.”

TIE Co-Founder Liam Stevenson said: “We are delighted to announce our partnership with the Rangers Charity Foundation and we look forward to 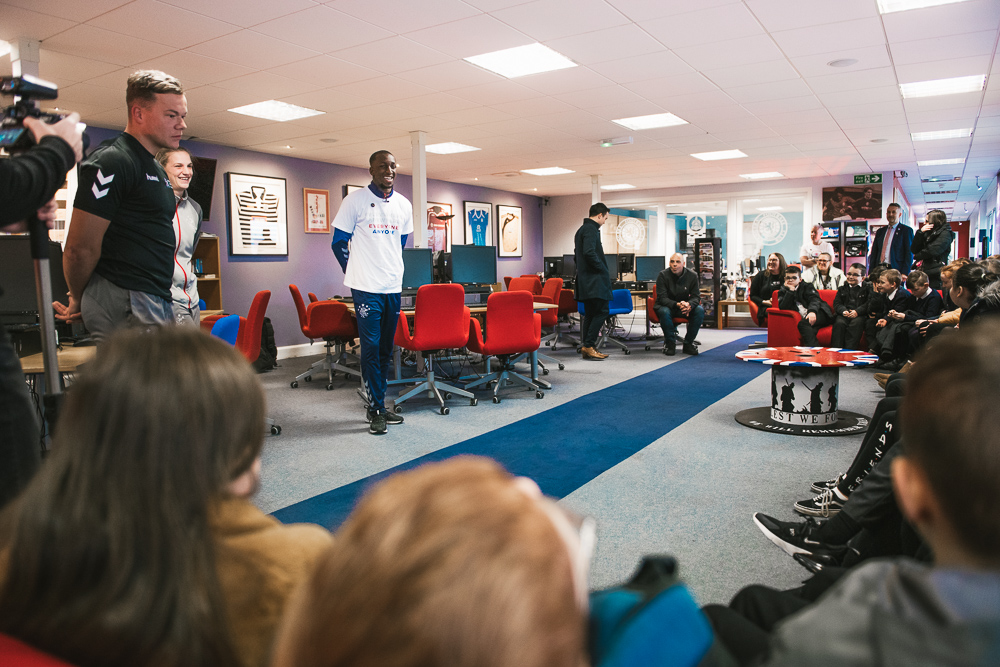 continuing to work together. Football clubs play a huge role in Scottish culture, and as such they have a considerable influence on many young people in our schools today.

“The strength of this partnership is in channeling that influence in a positive way; one which is more than matchday visibility but a commitment to working with us in schools to challenge prejudice at its root, all year round.

“This is a very positive step forward for Scottish football, and we commend the Foundation and Club for being proactive in joining us as we work to eradicate homophobia, biphobia and transphobia from our schools, our communities and from sport.”

Tags: Everyone Anyone / Diversity Wins / diversity and inclusion