Members of the Rangers Family were joined by thousands to celebrate Glasgow’s Pride Mardi Gla event.

As part of its ongoing commitment to diversity and inclusion and support of the Everyone Anyone campaign, Rangers Football Club and the Rangers Charity Foundation were proud once again to take part in the march on Saturday 16 July 2022.

More than 20,000 participants walked from Glasgow Green to George Square in a colourful procession. 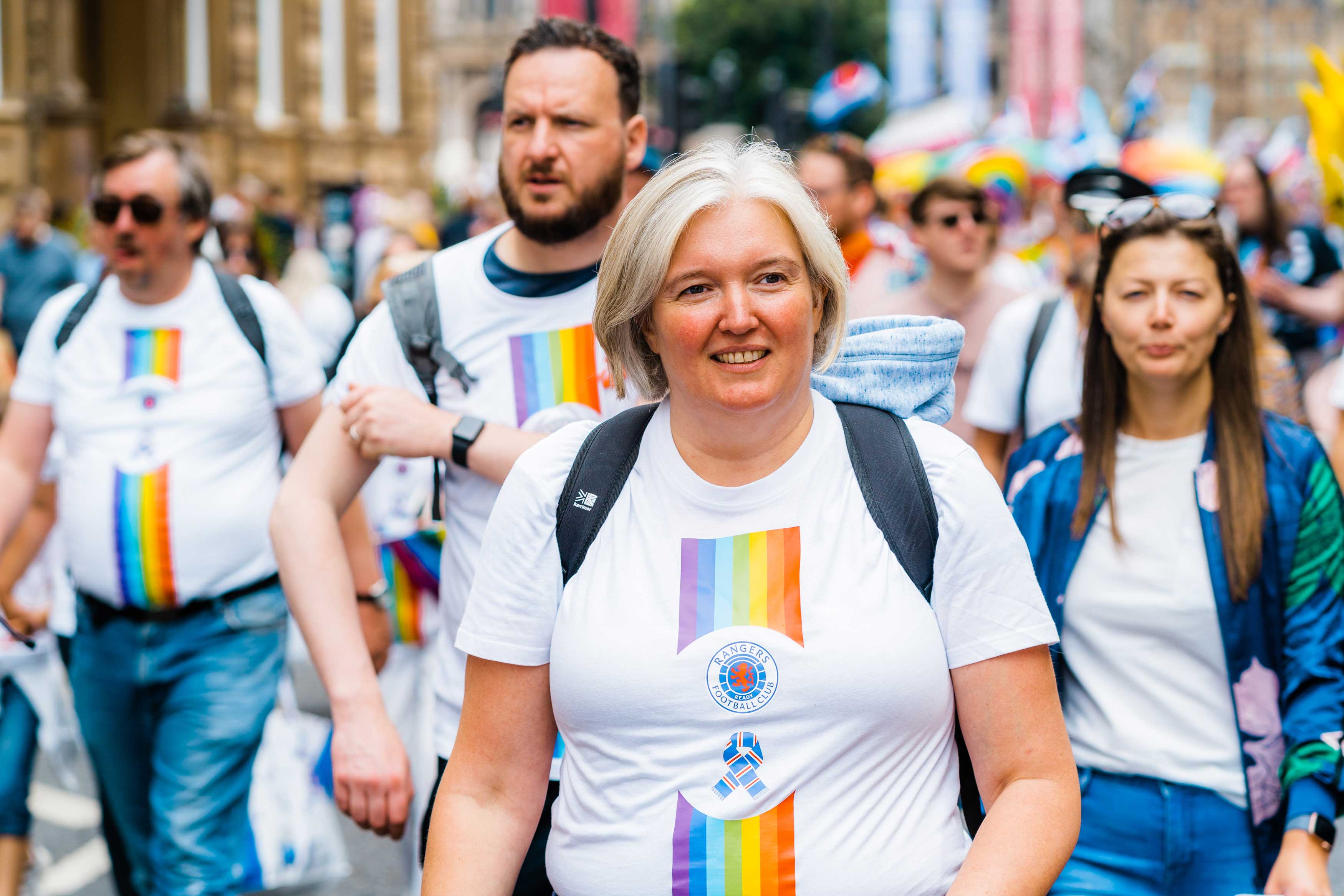 Rangers supporters were offered the chance to wear branded T-shirts and join behind a specially created banner which said, ‘We are proud to be for everyone and anyone’.

“It was a great day out and I think everyone enjoyed it – even the dogs! On a more serious note, it means a lot that Rangers Football Club and the Rangers Charity Foundation are supporting this important cause and making it known that the Rangers Family really is for everyone and anyone.”

“The Club and Foundation are for everyone and anyone, and we hope that supporters and staff enjoyed the event as we walked together showing our support for the LGBT+ community, at what was a special afternoon in Glasgow.  It was great to meet everyone who came along!” 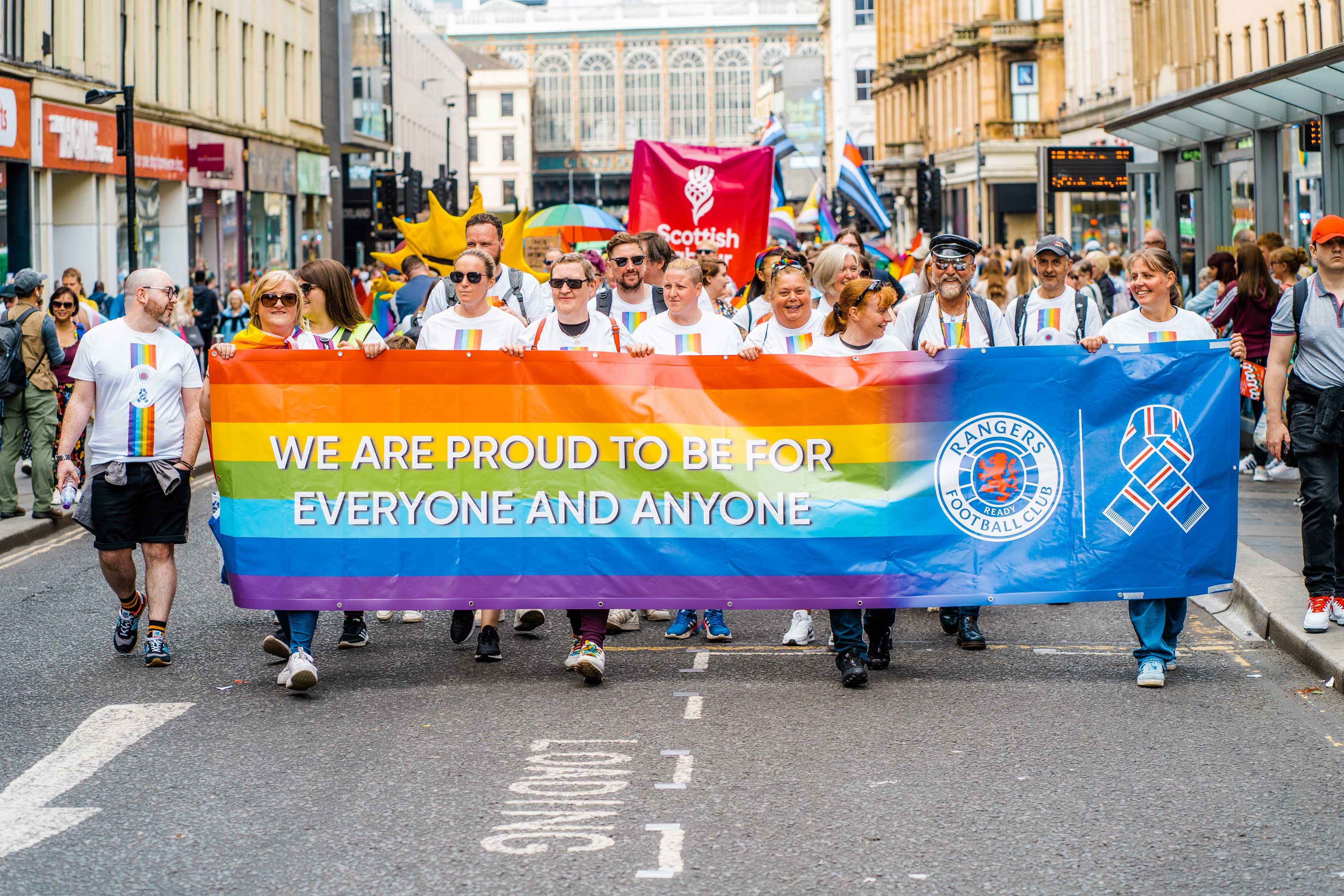