Leo Middleton and his family enjoyed a Dream Day at Ibrox as part of the Rangers Charity Foundation’s Dream Day initiative which looks to support families and individuals who have life-limiting illness, conditions or disabilities by creating special memories they can cherish.

Six year old Leo has a brain tumour (DIPG) and doctors have advised that there are no more treatment options for him. He was nominated by his cousin Bobbi for a Dream Day. Due to COVID restrictions, Dream Days are currently on hold so we organised the next best thing. 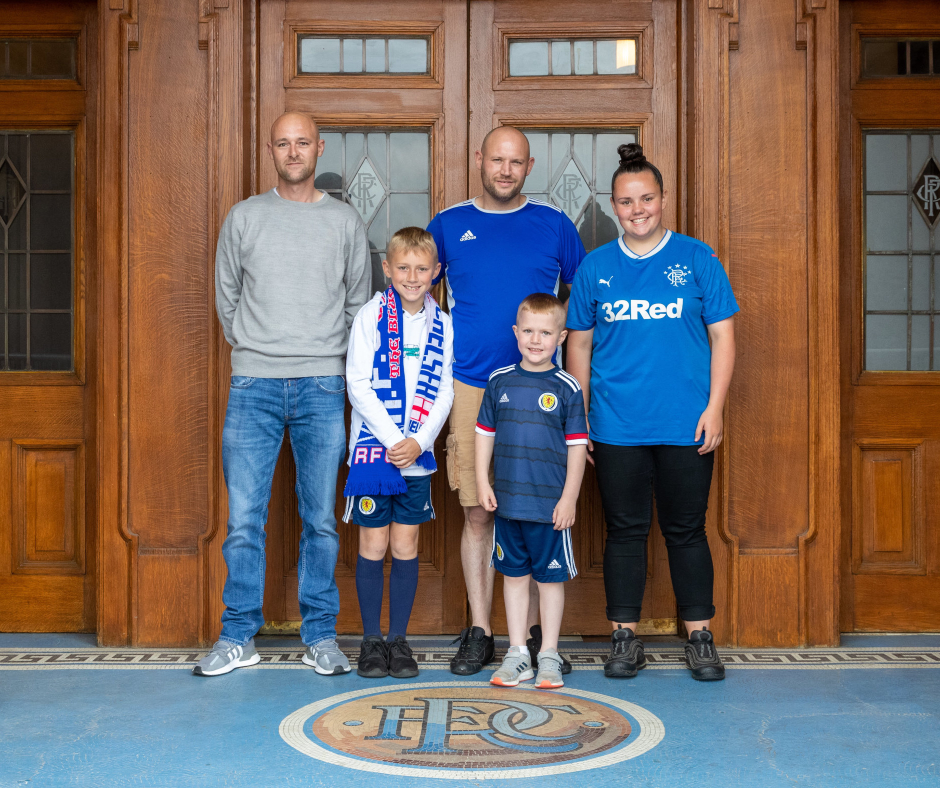 They got “behind the scenes” access to the press room, Trophy room, players’ dressing room, had photos taken with the League Cup while Leo received video messages from Steven Davis and Kris Boyd. Leo was even made Captain for the day with his own strip and able to run down the tunnel on to the new pitch without the use of his wheelchair. The family then enjoyed a lunch overlooking the newly laid pitch.

Club Event partner, 5 Stars, also organised travel from Broxburn to Glasgow and overnight accommodation for the family as well as a goodie bag for Leo.

“Leo loves football. He is really getting into it but obviously with his condition, it has harmed him a lot to get involved as much as he would love to.

Today means the world. Just the memories and the time being here, taking pictures with Leo. Something I will remember for the rest of my life.”

“It really is a privilege to be able to arrange this special day for Leo and his family who have been through so much. We hope they will treasure the memories.”