Garden Project Inspires Scott To Trim Down With FFIT Scott Hendry was struggling to complete a garden project when he realised it was time to turn his health around.

The 56-year-old from Port Glasgow found his weight was spiralling out of control after a hip replacement, causing his fitness to deteriorate and his healthy diet to go out the window. 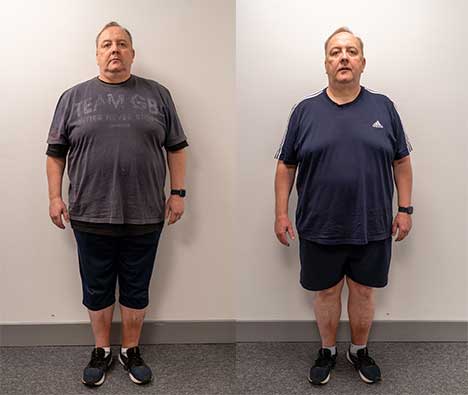 And after losing his breath and needing a constant rest while attempting to extend his patio and lay some astroturf, Rangers fan Scott was determined to get himself back in shape.

Now, after attending a 12-week Football Fans In Training (FFIT) programme at Ibrox in 2022, Scott has lost 30 pounds in weight, that’s just over two stones!

Thanks to the coaches and his FFIT peers, he’s even gained the motivation to maintain a healthy lifestyle.

Scott said: "I have cut down on portion sizes and reduced the amount of unhealthy foodstuffs, alcohol and I’m exercising more.

“It has changed my life to be honest.

“I go to the gym now three or four times a week and now the wardrobe needs to be changed a bit as well.

“I feel great now and I’m seeing improvements every week. I’m going to keep going and keep improving my health and losing weight.”

Scott was inspired by his friends who joined the FFIT programme, which is run in partnership with the SPFL Trust. They not only reduced their weight and waist measurements but also increased their knowledge of diet and nutrition.

The group also found that long-term research proved FFIT participants not only lost weight on the course but mostly kept it off and maintained a healthier lifestyle months and years after the course had finished! 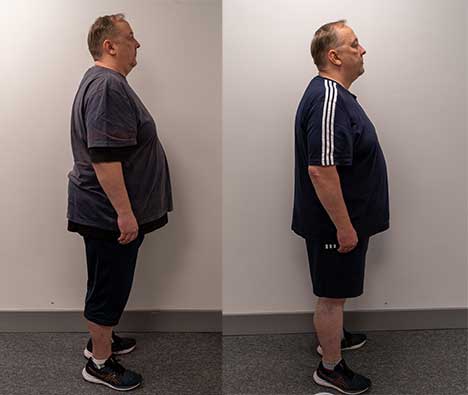 Scott said: “After I got a new hip in 2017 I started piling on the weight and at the end of 2020 during COVID I decided to do a garden project which knocked the stuffing out of me. That was the kick I needed to apply.

“A couple pals joined FFIT a few years ago at Greenock Morton FC and told me how good it was and about their weight loss and fitness so I decided to check it out and found out that Rangers did it. So I decided to give it a go.

“I thought, ‘why not do it at the club you have supported all your life?’. There’s no more bigger incentive than that.”

And while training every week at Ibrox was initially Scott’s motivation to attend, he was encouraged to continue his hard work by his supportive friends and coaches he met at FFIT.

“The FFIT programme is brilliant! It’s very informative and you get to meet people who are there for the same reason you are.

“Everybody encourages each other during exercises, even at the weigh-in every week.

“The coaches are great also. They are always giving encouragement and if there is an exercise you’re struggling with, they will help you or give you something different to try.

“I would 100 per cent recommend this programme.”

The next FFIT programme will start after the summer 2022. Dates are still to be confirmed.