The programme is funded by the 'European Commission’, and is in partnership with EFDN, Benfica, Chelsea, Inter Milan and many more will be delivered to over 1,200 primary school kids over a 18 month period. 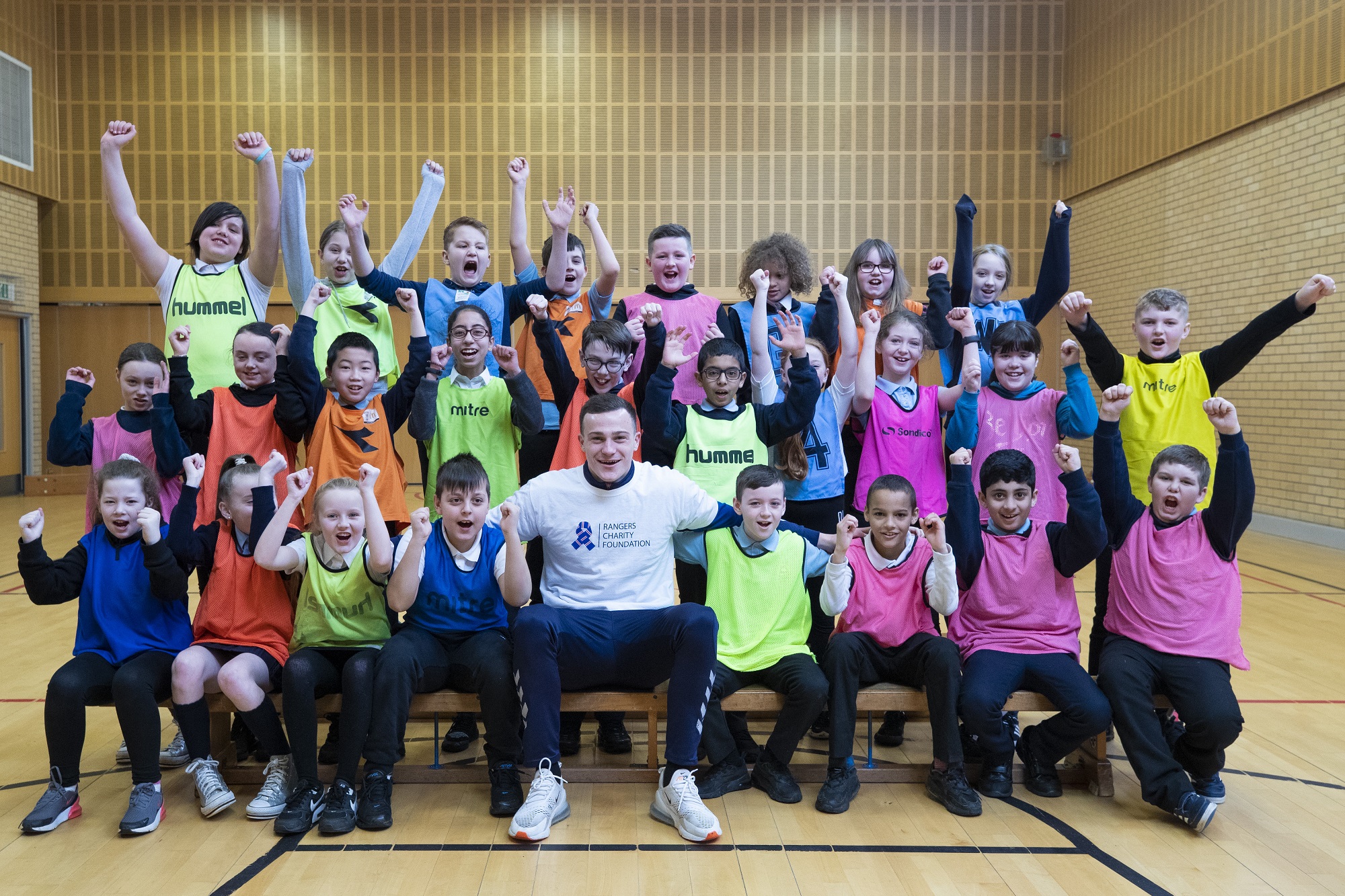 Edmundson joined pupils at Riverside Primary School to find out more about the initiative, which aims to raise awareness of diversity, foster social cohesion and reduce physical and verbal violence linked to racism.

Joining forces with ‘Show Racism the Red Card Netherlands’, the European Football Development Network and clubs across Europe, our new 24-month anti-racism and anti-discrimination programme utilises the high-profile status of football to help tackle racism and other forms of discrimination in society.

Primary school children across thirty schools in Glasgow will benefit from interactive workshops, which combine classroom based activities with a 45 minute physical activity session.

Speaking at the launch event, Edmundson said: “It’s been really good meeting the kids today. They’ve all interacted really well and I’ve learnt a bit, as

“The Rangers Charity Foundation is a great organisation and it’s fantastic to see them getting into schools, getting these messages across.

“Programmes like this are very important. This is the next generation, so it’s good to see that they’re now learning about important things which maybe they weren’t a couple of years ago.

“Footballers can have a big impact – obviously they’re role models for younger kids so we’ve got to lead by example and show them how everyone can be included.”

Riverside Primary School pupils have now been taking part in the course for four weeks. Speaking during Edmundson’s visit, one said: “What I’ve learnt is how not to be rude, by judging someone maybe off their skin, religion, age or anything!”

Rangers Charity Foundation Director, Connal Cochrane, said: “We’re proud to have helped develop this powerful initiative, which will reach right across Europe, and it’s been wonderful to see the children engaging with our coaches and George so well.

“The Foundation is committed to promoting diversity, equality and inclusion throughout its community work and, last season, launched two other new projects – Diversity Wins and Autism Friendly-Football, as well as supporting other initiatives such as the club’s Everyone Anyone campaign.

“We look forward to working with our peers and Show Racism the Red Card to continue delivering this important work.”

We proudly helped to launch a ground-breaking campaign, ‘Everyone Anyone’ with Rangers FC, which aims to unite people from all backgrounds,

cultures and communities.  This initiative promotes Rangers as a modern football club through which fans can come together and support a common cause – equality for everyone.

Earlier this season, we also picked up the 'Diversity in Sport' Award at the Herald and GenAnalytics Diversity Awards in Glasgow in recognition of its work to make sport accessible to everyone and educate future generations on diversity and inclusion.

Tags: Everyone Anyone / diversity and inclusion / Rangers FC / EFDN