The Rangers Charity Foundation this week picked up the 'Diversity in Sport' Award at the Herald and GenAnalytics Diversity Awards in Glasgow in recognition of our work to make sport accessible to everyone and educate future generations on diversity and inclusion. 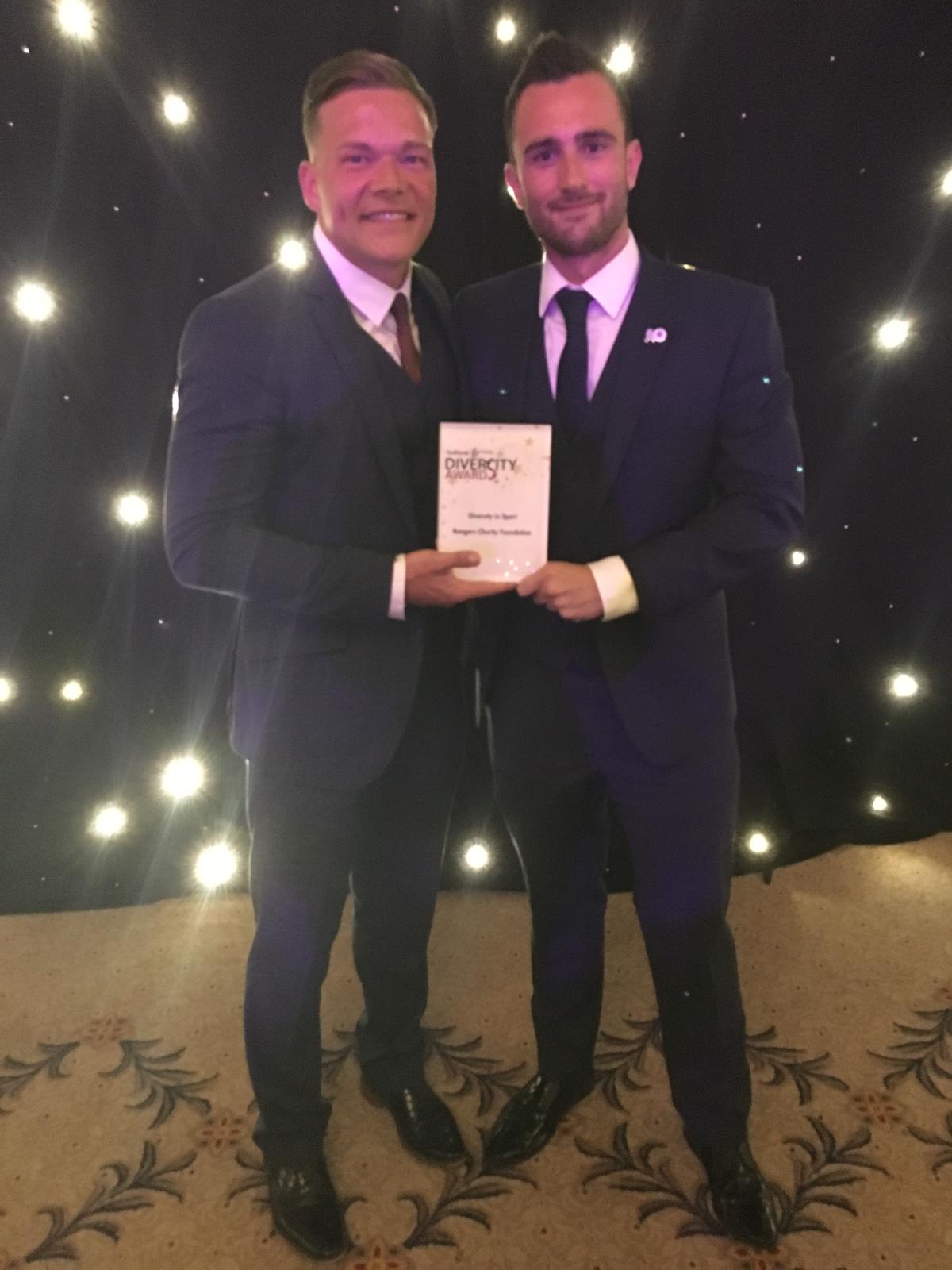 Foundation Director, Connal Cochrane, said: “We are delighted to be recognised for our work in the area of diversity and inclusion, which is a key focus for the Foundation.  We strive to be a Foundation for all and we’ve worked hard to develop new community engagement projects which focus on education and helping children of all backgrounds access football, so it’s wonderful that this commitment has been rewarded with a Diversity Award.”

The Foundation’s education project ‘Diversity Wins’ was one of the first of its kind in the UK and is delivered out of the Ibrox Community Hub to 700 primary pupils per season. The project helps to promote equality between young people and focuses on interactive anti-sectarianism and LGBT+ awareness sessions.

‘Diversity Wins’ was launched with the support of Glasgow City Council’s Employment and Skills Partnership team and aims to promote equality between young people.  The project was launched followed the Government announcement in 2018 that all Scotland schools are to formally recognise the issues faced by the LGBT+ community, as part of the curriculum. 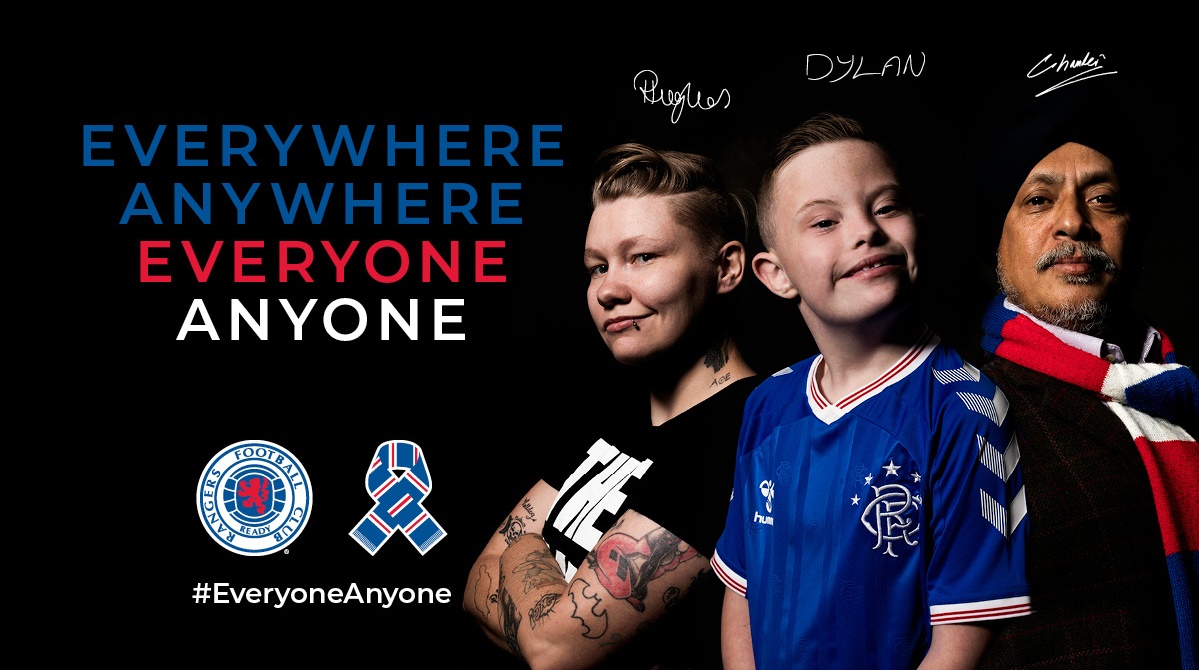 Workshops have been designed to break down barriers between young people from different backgrounds, promote anti-bullying and motivate pupils to share the messages they have learned with families and friends. 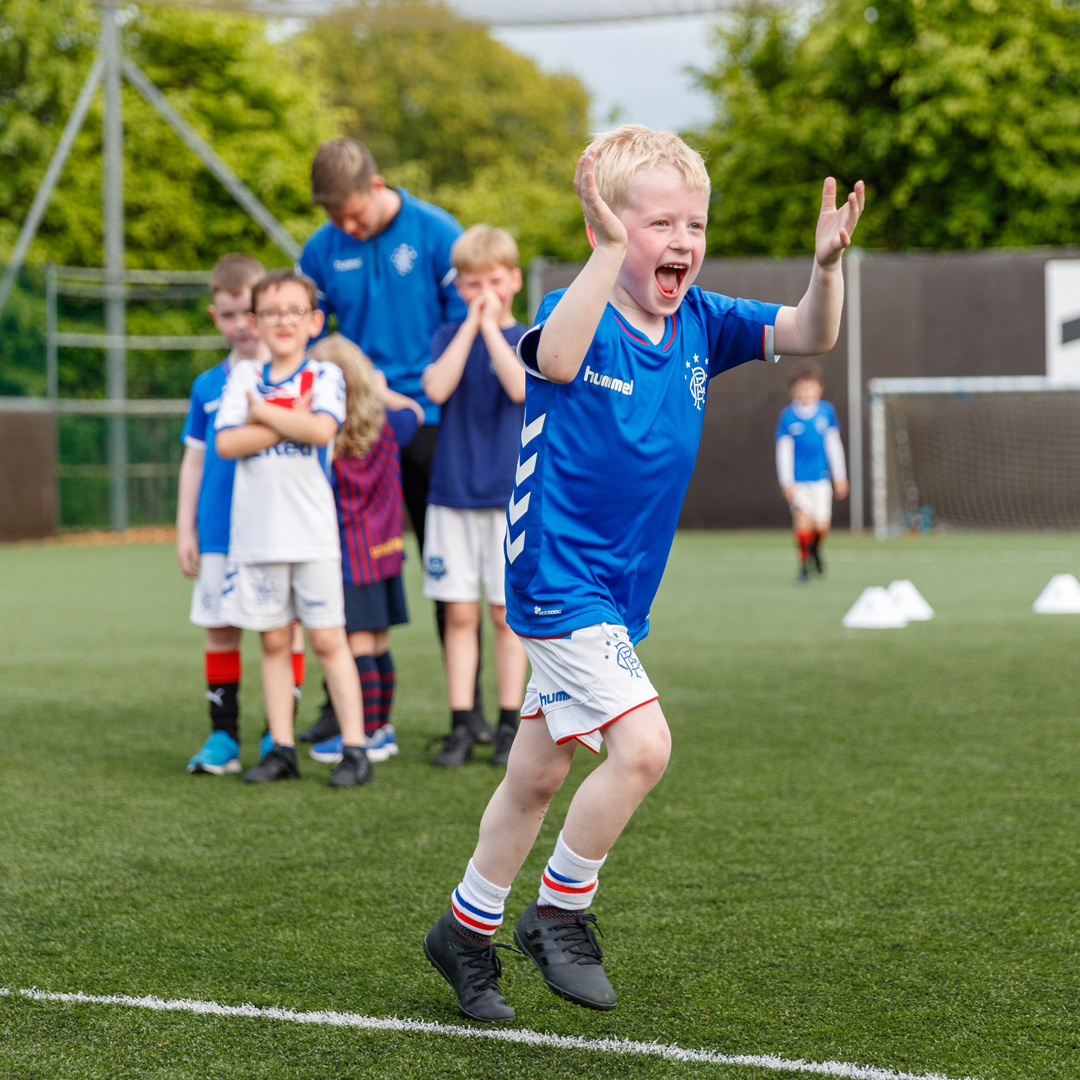 Free ‘Autism Friendly Football’ has also been introduced to give children, who might struggle to integrate into regular football sessions, the opportunity to enjoy sport and the camaraderie that comes with it, building their team work skills and improving their fitness.  Our specially trained coaches deliver the sessions which are now enjoyed by almost 60 children a week.  One mum commented:

“My daughter is finally able to go to football training! The coaches are amazing with the kids. You’re making such a wonderful difference to these kids. I’m forever grateful.”

The Foundation’s provision for ‘Visually Impaired Football’ was also part of the work recognised by the judges. The sessions allow children who might not otherwise be able to enjoy mainstream football to access the game. Participants have the option to use specially designed footballs which can be heard during movement and the session also offers the opportunity for parental involvement. 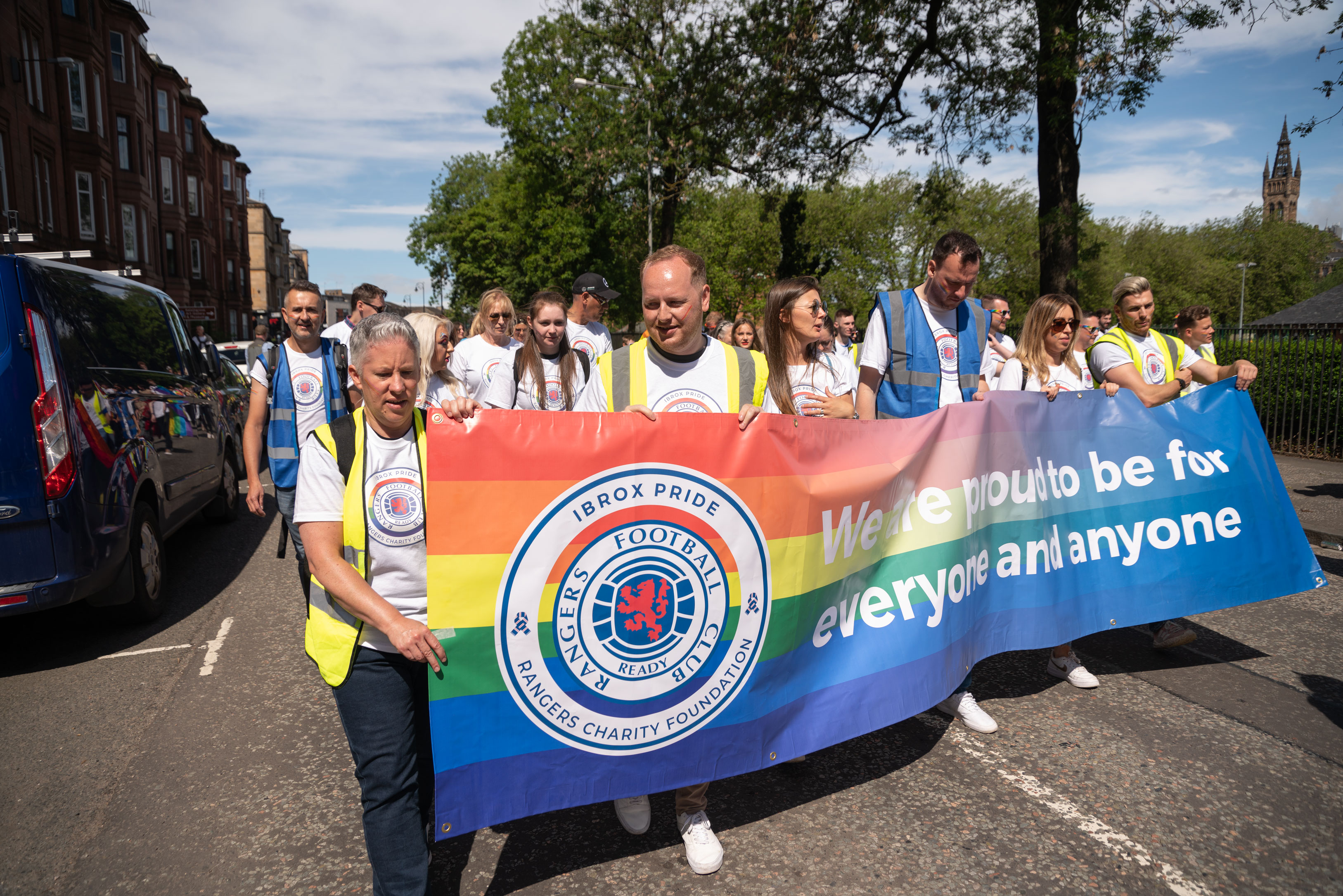 Out with community delivery, the Foundation also supports Rangers Football Club’s wider diversity and inclusion strategy. Last season, it has helped to launch the Club’s first LGBT+ supporters club, Ibrox Pride, engaged with CEMVO Scotland in partnership with the club to help enhance relationships with ethnic minorities in Glasgow and chaired a Diversity and Inclusion Working Group made up of Club staff and external representatives. The Foundation also supports a range of diversity and inclusion focused initiatives, such as the LEAP festival, throughout the season.

The Rangers Charity Foundation was proud to help launch a ground-breaking campaign, ‘Everyone Anyone’ with Rangers FC, which aims to unite people from all backgrounds, cultures and communities.  This initiative promotes Rangers as a modern football club through which fans can come together and support a common cause – equality for everyone.

Rangers Managing Director Stewart Robertson commented: “Rangers Football Club and the Rangers Charity Foundation are totally committed to championing equality and diversity and I am delighted to see this has been recognised once again with last night’s Diversity in Sport Award.

“The Foundation and club recently won the 'Social Responsibility of a Football Club, Role Model Award’ at the Football Is More’s International CSR Conference in Switzerland and this latest honour highlights how Rangers can be a force for good."

“We will continue to work diligently in this area through the many initiatives run by the Foundation and our ground-breaking diversity campaign ‘Everyone Anyone’.” 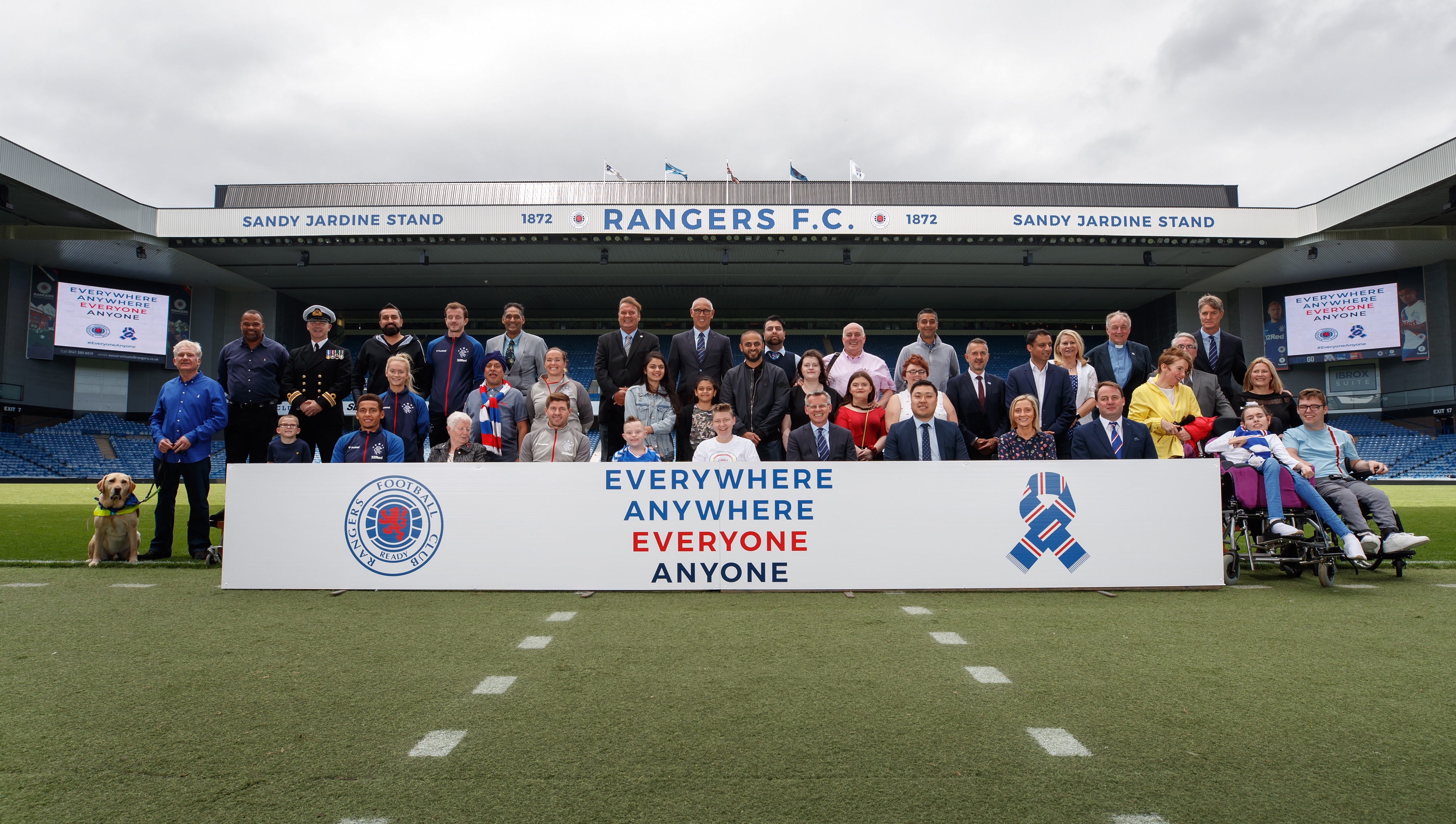