Stroke survivor and Rangers supporter David Smith has completed his amazing ‘550 challenge’, running from Ibrox to Anfield and back in just 22 days, as a tribute to Rangers title winning team and manager. 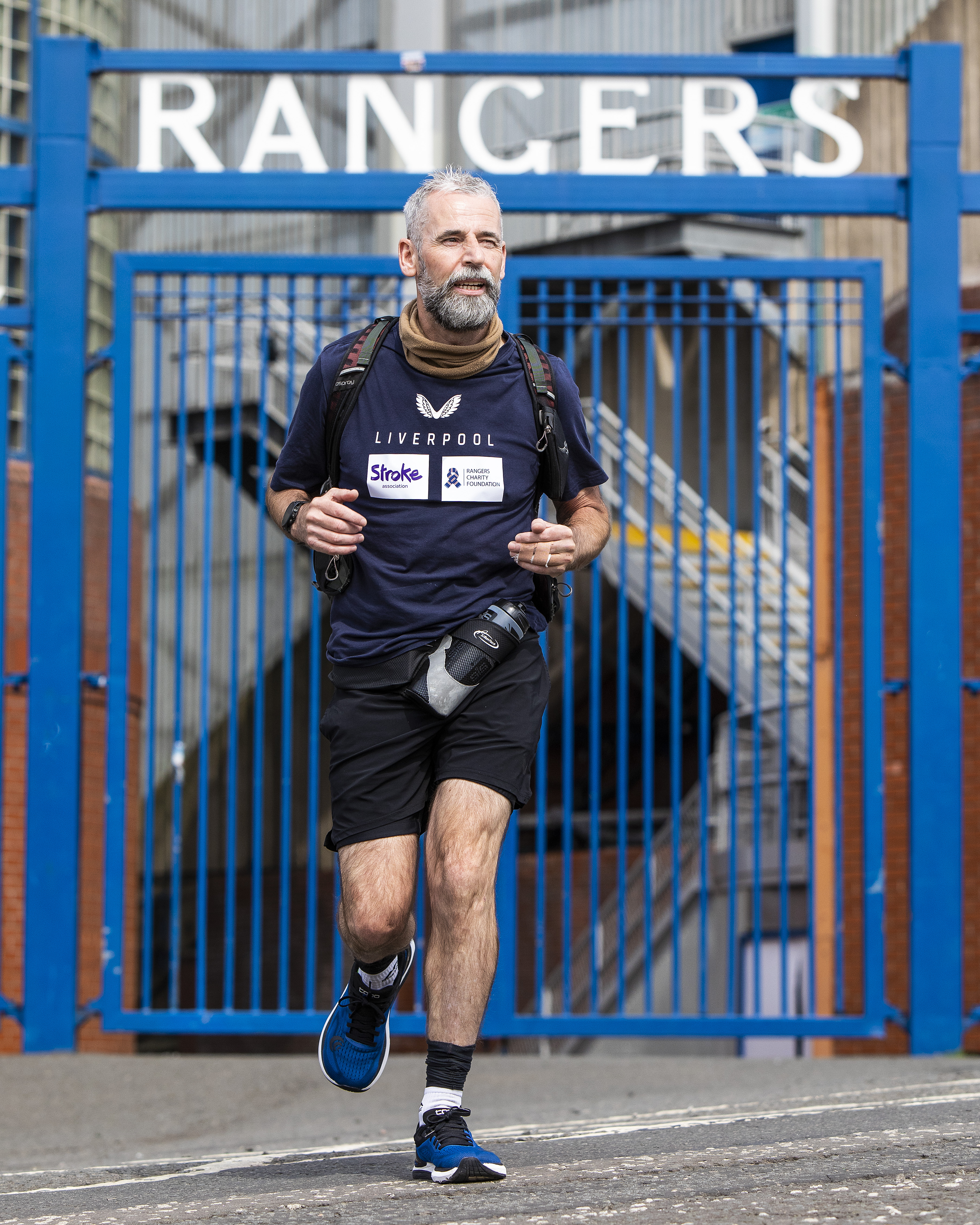 David (55), from Kirkintilloch, left Glasgow on 2 June for the challenge of a lifetime by running 22 marathons in 22 days (over 550 miles) after suffering a stroke in December last year.  His triumphant return on 23 June to Ibrox saw him complete this gruelling challenge in aid of both the Rangers Charity Foundation and the Stroke Association.

David’s ability to read, write and communicate was affected by his stroke but his physical fitness has helped him remain hugely positive.

David said: “I had an Ischemic stroke on December 8 and after 24 hours of touch and go I survived – I knew I was going to be okay, but I couldn't actually speak to tell the people around me. 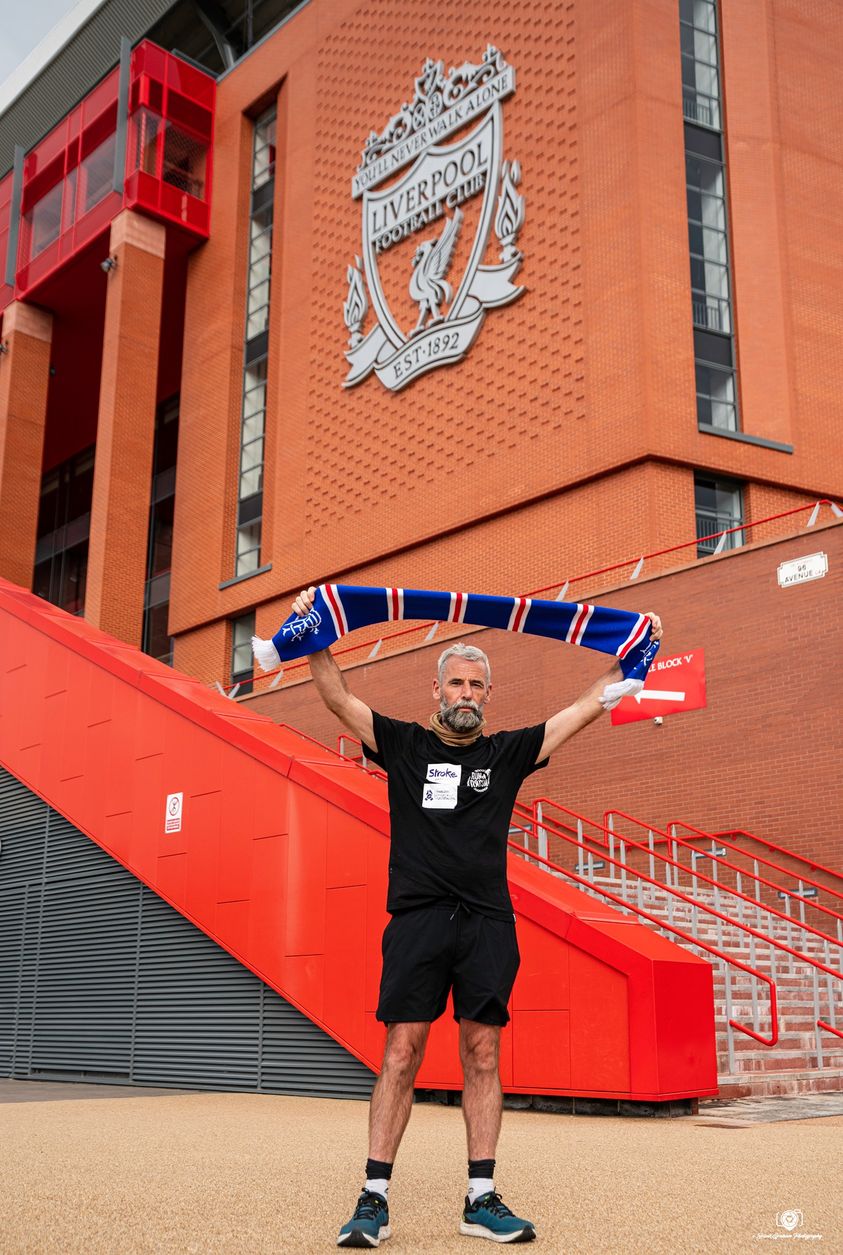 "Three days later, I was up and walking about, running up and down the stairs. I was told I was supposed to be in for a month, but I was able to leave after 15 days.

“I believe my fitness pulled me through, I knew I had to have a plan to beat this stroke. I wanted to run it off.

"I've been lucky, but not everyone is the same so I'm doing this run in support of the Stroke Association, who do wonderful work for those less fortunate than myself.

"I'm also running for my usual charity, the Rangers Charity Foundation, who do a lot of work in the local community and help a number of different charities, including UNICEF.

"Going to Liverpool and back is in tribute to Steven Gerrard who delivered the 55th league title and got me through my darkest days.”

The Foundation’s David Henson commented, “David is an inspiration and we can’t thank him enough for his commitment to the Foundation. It’s incredible what he has achieved so soon after his stroke. Well done David!”