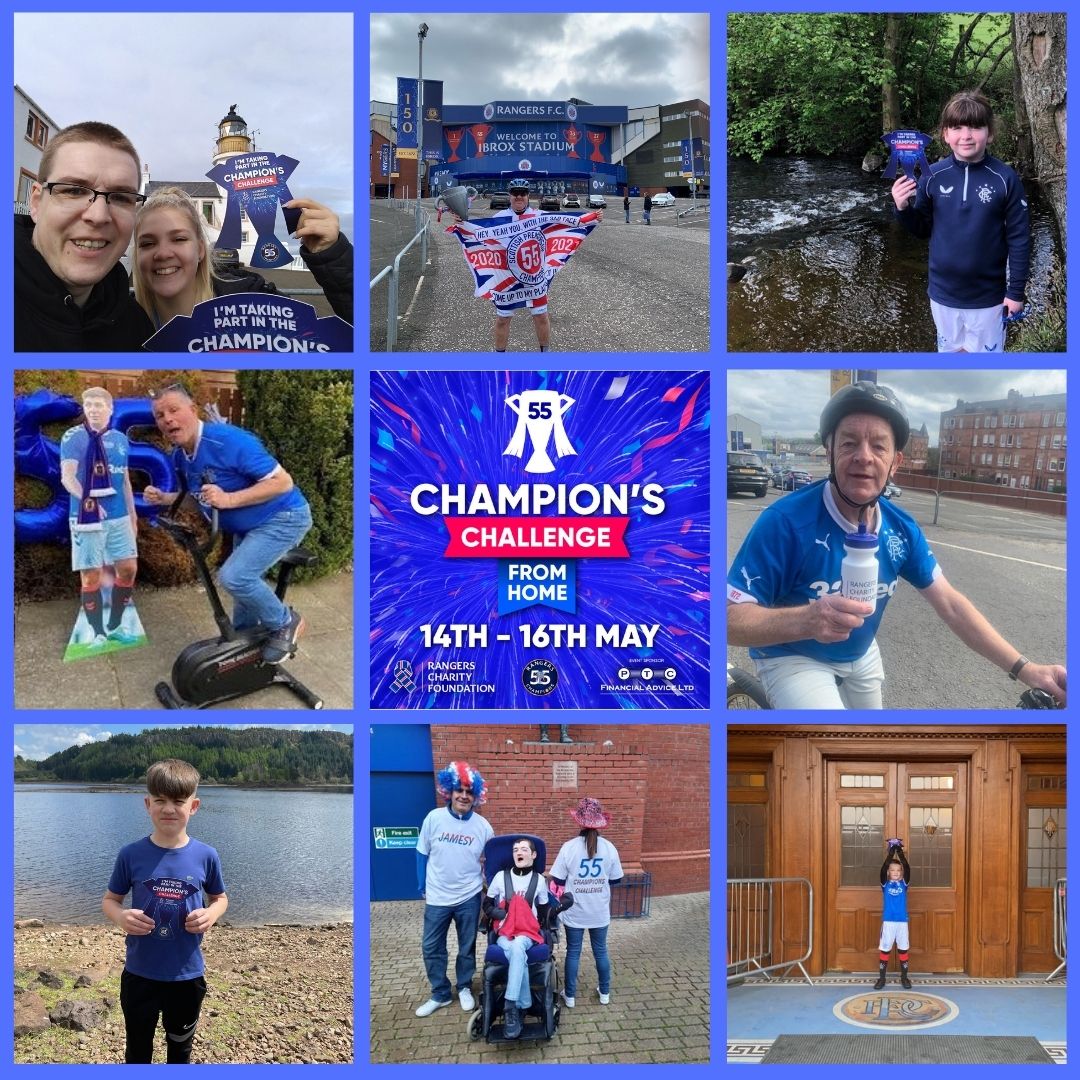 Rangers fans have raised an incredible £70,000 for the Rangers Charity Foundation as they celebrated the club’s historic 55th league title win by taking part in the Foundation’s Champion’s Challenge event.

Hundreds of supporters pulled on their team colours and ran, walked or cycled 5.5km over the course of ‘Champion’s 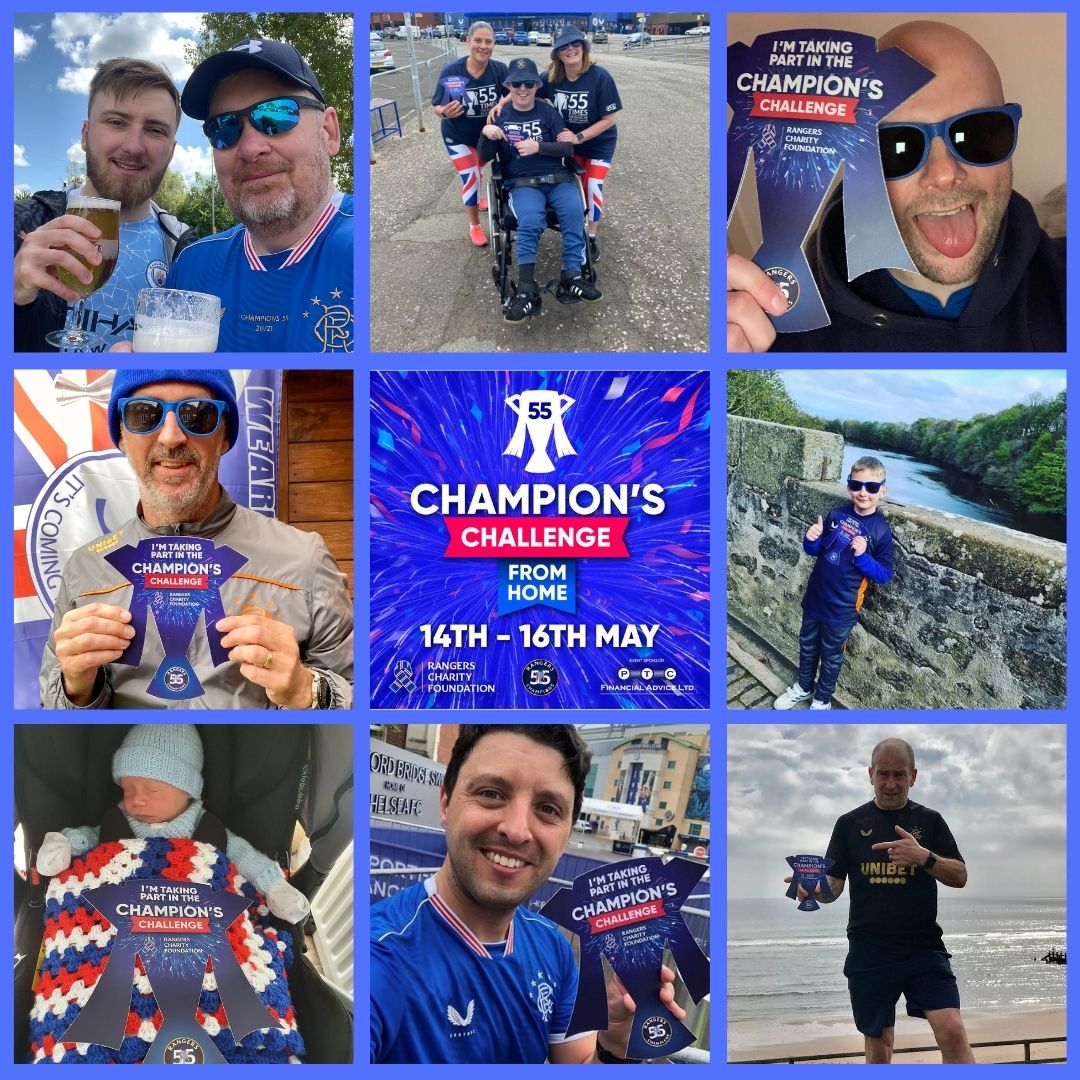 Weekend’ on May 14, 15 and 16, when Rangers were presented with the Scottish Premier League Trophy.

All participants who raised over £55 received a T-shirt and pin badge, as well as a Champion’s Challenge certificate. 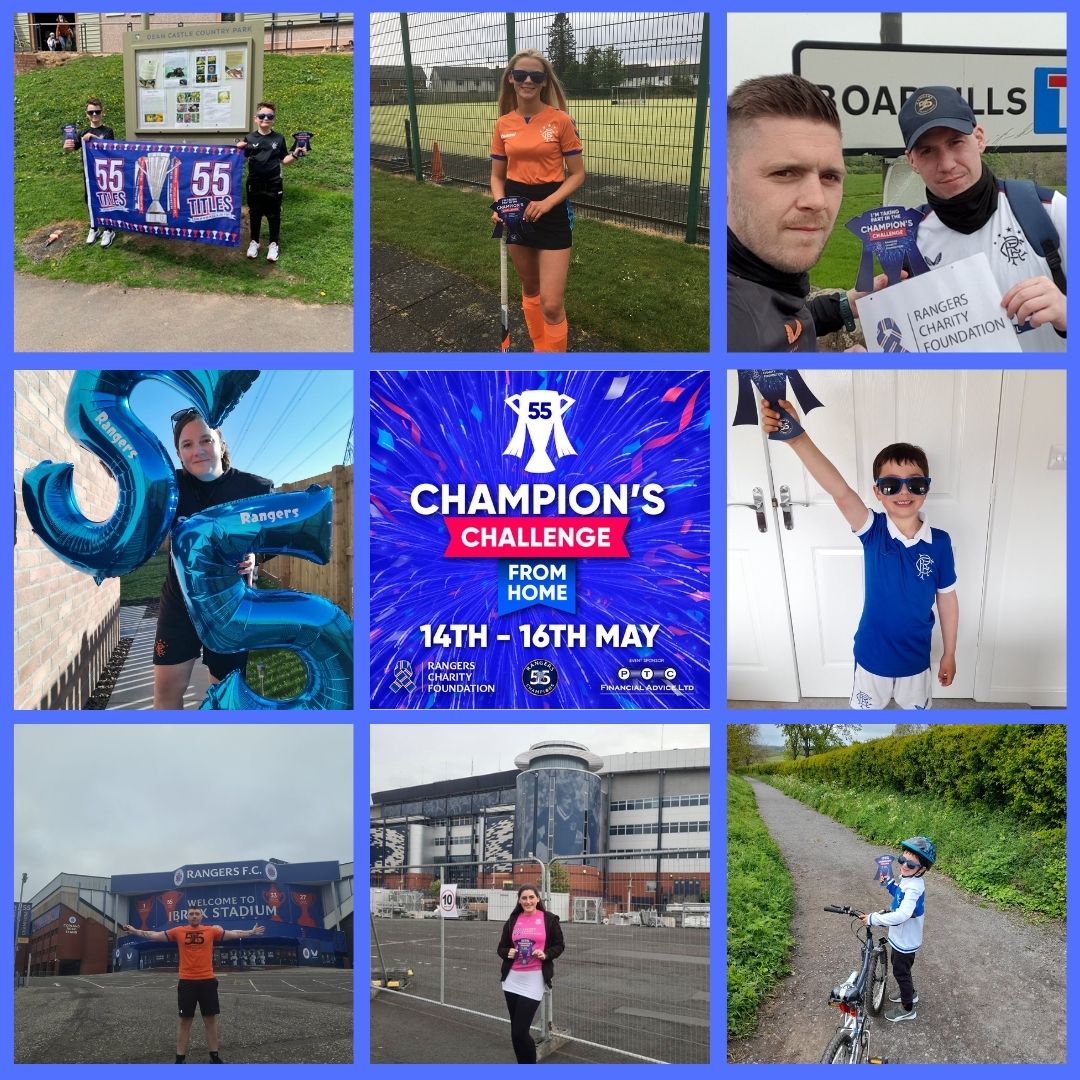 Plus, every supporter who raised over £150 is now a True Blue Hero and will receive the Foundation’s new limited edition 150 anniversary commemorative medal!

Thank you to everyone who took part!

Rangers Charity Foundation would like to thank PTC Financial Advice Ltd for their support.