Ahead of Rangers’ historic UEFA Europa League Final against Eintracht Frankfurt in Seville, midfielder Aaron Ramsey has spoken to fans as part of our Team Talk initiative which encourages local men to discuss mental health issues. 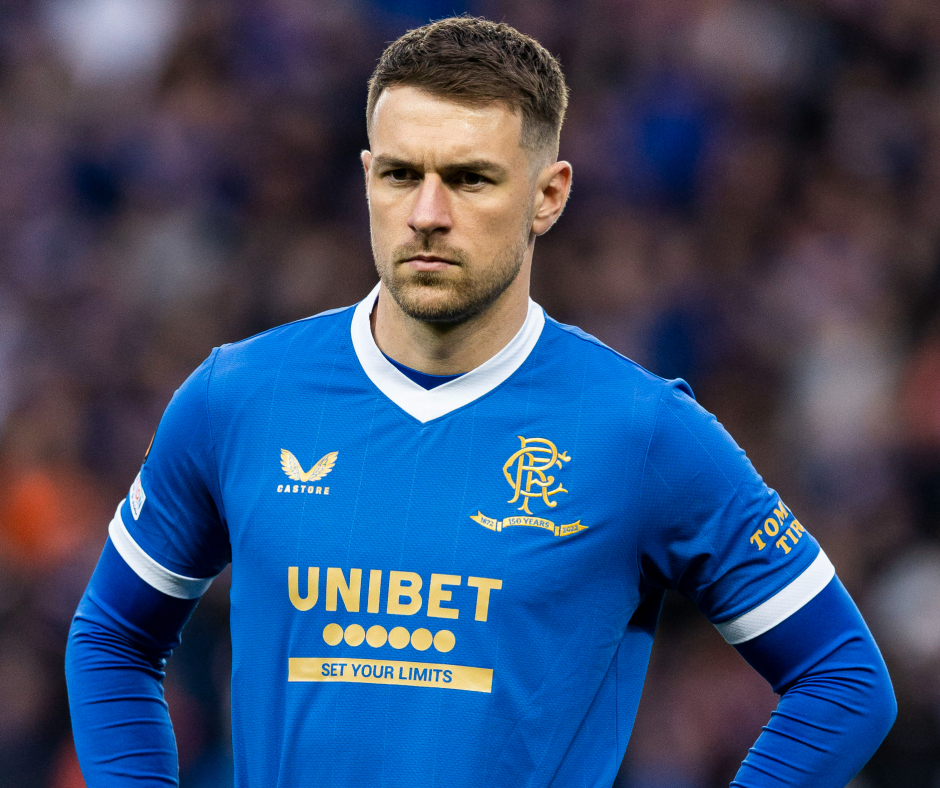 Ramsey was a special guest in a group of around 20 supporters in their weekly meeting and encouraged the fans to keep reaching out and talking to each other for support as well as giving everyone an exclusive insight into how he and the squad are preparing for Wednesday’s Europa League Final.

Ramsey joined a Team Talk meeting group via video link and heard first-hand from fans on how the group has helped individuals during the pandemic and in recent weeks and months.  Whilst the specific stories remain private to the session, Ramsey was receptive and encouraging to what he heard. He also revealed how he and fellow team members cope with the scrutiny they are constantly under.

Ramsey said on the call:

“Thank you for sharing your stories with me today, we all face challenges every day, the one thing we all have is people that care and want to help each other out.  You’ve always got each other’s backs and this is a fantastic group that you’ve got here."

"Team Talk is a great set up you have.  There’s always somebody there on the end of the phone to help each other - to listen and explain your situation and what’s going on."

“This is the beauty of football; it brings all different types of people together and you all have a common subject to talk about so make sure you continue to keep using this opportunity.”

The midfielder was asked how he copes with the highs and lows of professional football and told the group how he keeps a positive outlook.  Ramsey said: “Football is full of ups and downs.  You can be on Cloud Nine and the next minute you could be out of a competition or injured.  It’s challenging sometimes for us players with the pressure we’re under so it’s important to have each other around and look out for one another. We see each other every day and we believe in everyone.  We’re all striving for the same thing and have to come through good and bad results together.”

Ramsey spoke about the impact of social media, particularly on the younger generation of players.  He said: “With social media in this day and age, perhaps younger players will go online after a bad match or performance and beat themselves up about it. We have things in place at the club and people to talk to – and the team are very open – the biggest thing is that there is always someone there to listen, give advice and help get it off your chest.”

The Welsh international went on to look forward to this Wednesday’s Europa League Final and gave the Team Talk group an exclusive insight into how he is preparing. 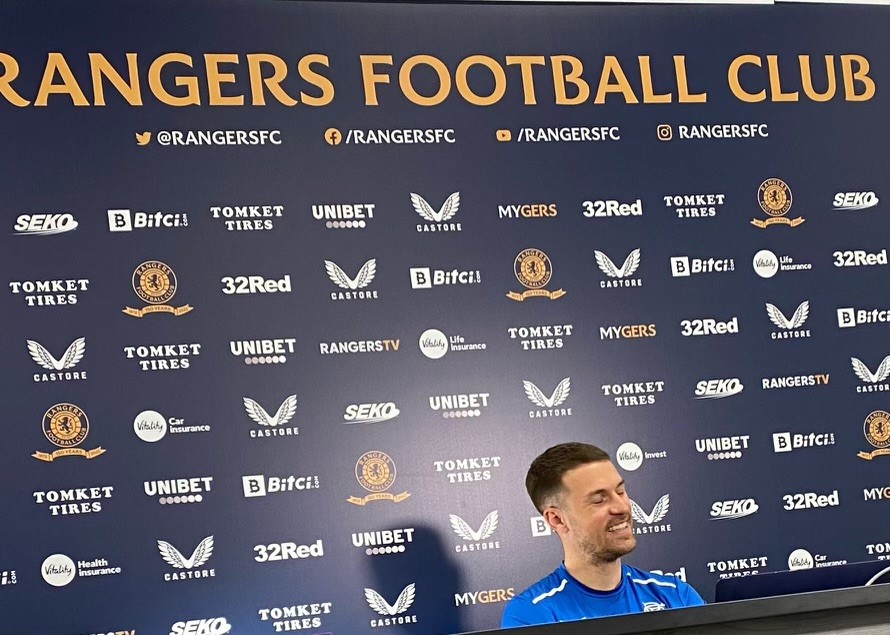 Ramsey said: “There are not many opportunities in your career to play in such a huge game and I’m just looking forward to taking part and being there. This is what we strived for at the beginning of the season – and me halfway through – now we have an opportunity to go there and win.  I don’t focus on the negative, that’s the biggest thing for me, it’s an opportunity to win.  That is what we play this game for.

“This game is right up there with the biggest games I’ve played.  I missed a final with Arsenal and that was tough to take, so to have an opportunity to take part is incredible and it doesn’t come much bigger than the Europa League Final.”

One of the final questions Ramsey was asked about was who was has been his toughest opponent over his career.  Whilst he has played against the likes of Neymar and Messi, Ramsey revealed that former Rangers’ boss Steven Gerrard was the hardest. He added: “You don’t need me to tell you that he was an unbelievable player and it was a nice moment to play against h 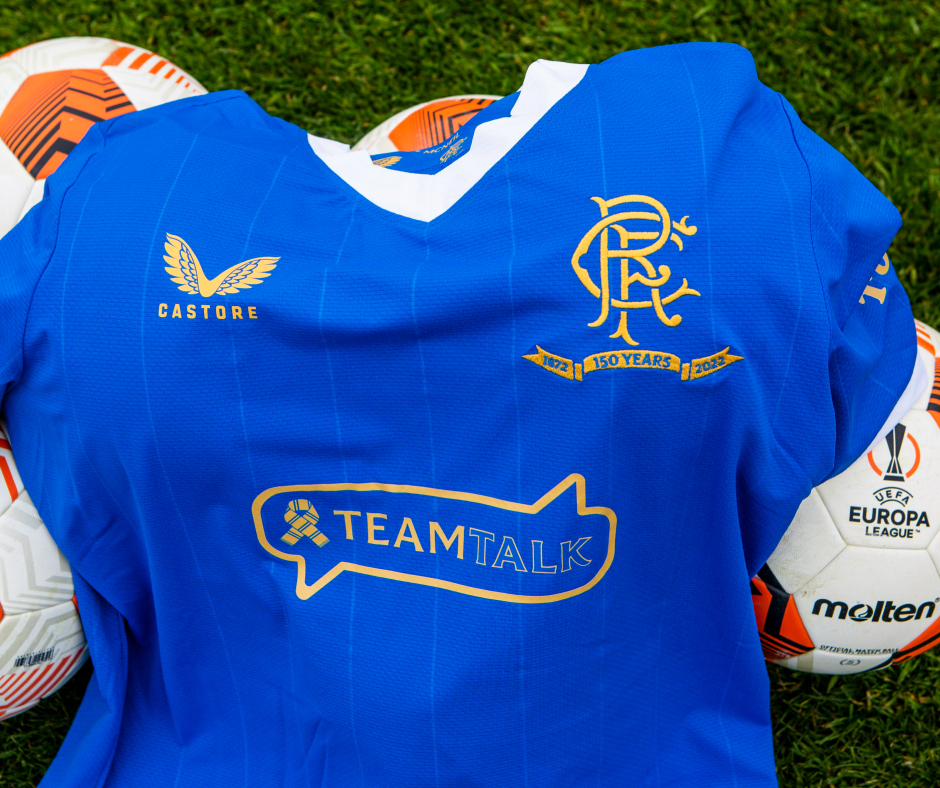 The Team Talk scheme is now into its second year of delivery and is part of the club’s partnership with the Kindred Group. Kindred (which incorporates 32Red and Unibet) recently announced significant, renewed investment into the initiative and changed its front of shirt team sponsorship for the Europa League semi-finals to promote Team Talk.

For the final, all Rangers players will once again wear shirts promoting Team Talk. The weekly scheme assists men across Glasgow in seeking advice and support. It helps and encourages them to discuss wellbeing issues and is run by the Rangers Charity Foundation.

“Team Talk has been an enormous success over the past two seasons and it’s a real boost when someone like Aaron can drop into a session to show that mental health is something we all need to look after and encourage awareness amongst our fans in a safe and supportive environment.”

Kindred Group’s UK General Manager, Neil Banbury, said: “We’re very proud to be helping facilitate these sessions for Rangers fans and have similar initiatives running with our other football club partners in the UK. Hopefully, the promotion of Team Talk on the front of the Rangers shirt during this successful European campaign will encourage more local men to take part.”

Team Talk uses the local club as a mechanism to engage with men about their mental health, and the recently renewed year-long investment from Kindred is the core part of its ongoing commitment to become a sponsor of choice for football clubs and their communities and reinvent football sponsorship so that it benefits the whole community.

Sessions run every Wednesday 6pm till 8pm. Email rangerscharity@rangers.co.uk for more info or to sign up.