The Foundation has been nominated and shortlisted for numerous awards for our work over the years, both individually and in conjunction with the club. We are proud to be the recipient of many national and local awards, and even one international award, the Football Is More CSR award.

Read on to find out which areas of the Foundation’s work have attracted these plaudits and see some of the awards we have secured. 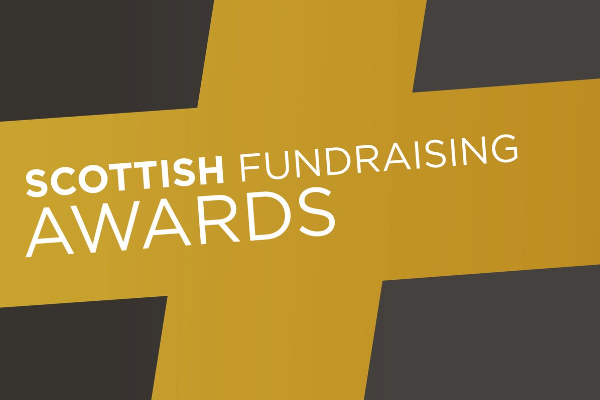 The Foundation is currently on the shortlist for the forthcoming Scottish Fundraising Awards in the category of Best Use of Event or Community Fundraising for our Big Ibrox Sleep Outs. Watch this space to find out how we get on!

We were delighted to pick up the Bronze Award in the category for Best Sports Community Scheme at the Sports Business Awards for our Ready For Employment / Ibrox Youth Hub initiative.

The judges were impressed by the “highly effective” nature of the scheme, the partnership working aspects and the “positive outcomes for individuals”. 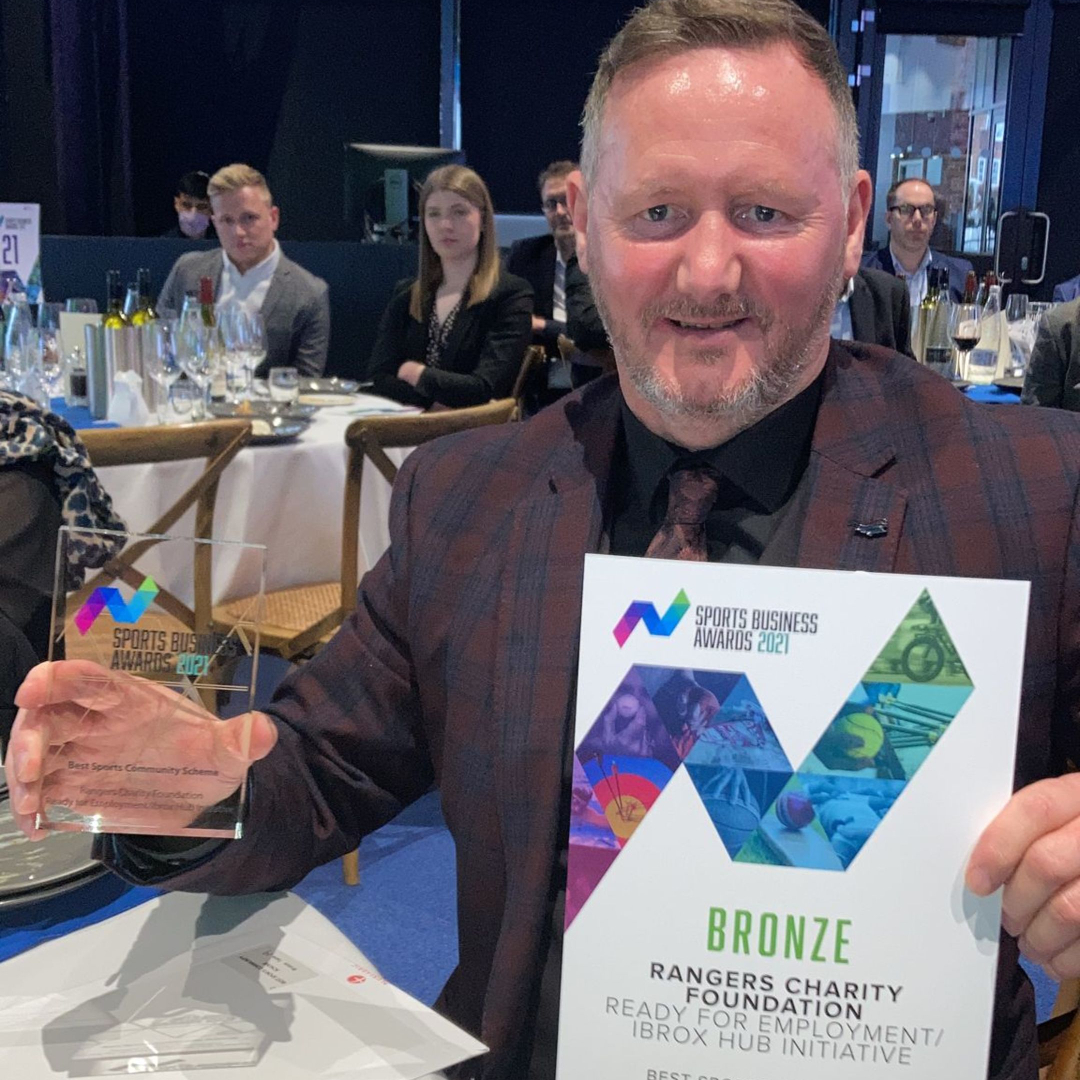 The Foundation’s response to the Covid-19 pandemic earned us a place on the shortlist at the prestigious Football Business Awards 2021.  Initiatives under the #AFoundationFromHome banner included children’s worksheets, football skills and drills videos, football memories videos and weekly fitness videos.

The Club and Foundation were nominated for a gong at the 2020 Proud Scotland Awards in the Sports category, which “recognises excellence in any sport, or outstanding leadership in the encouragement of sport inclusion for the LGBTQ+ community”.

The Sports Business Awards celebrate the hard work and successes of individuals and teams across the UK who make all sporting success possible, both on and off the pitch. The Foundation was delighted to have been named in the shortlist for the Sports Diversity Award, recognising organisations which are placing diversity at the heart of their objectives and engagement.

Our Wider Achievement programme was shortlisted by the European Football For Development Network for it’s inaugural award thanks to our work with some of the hardest to reach young people in our local community. 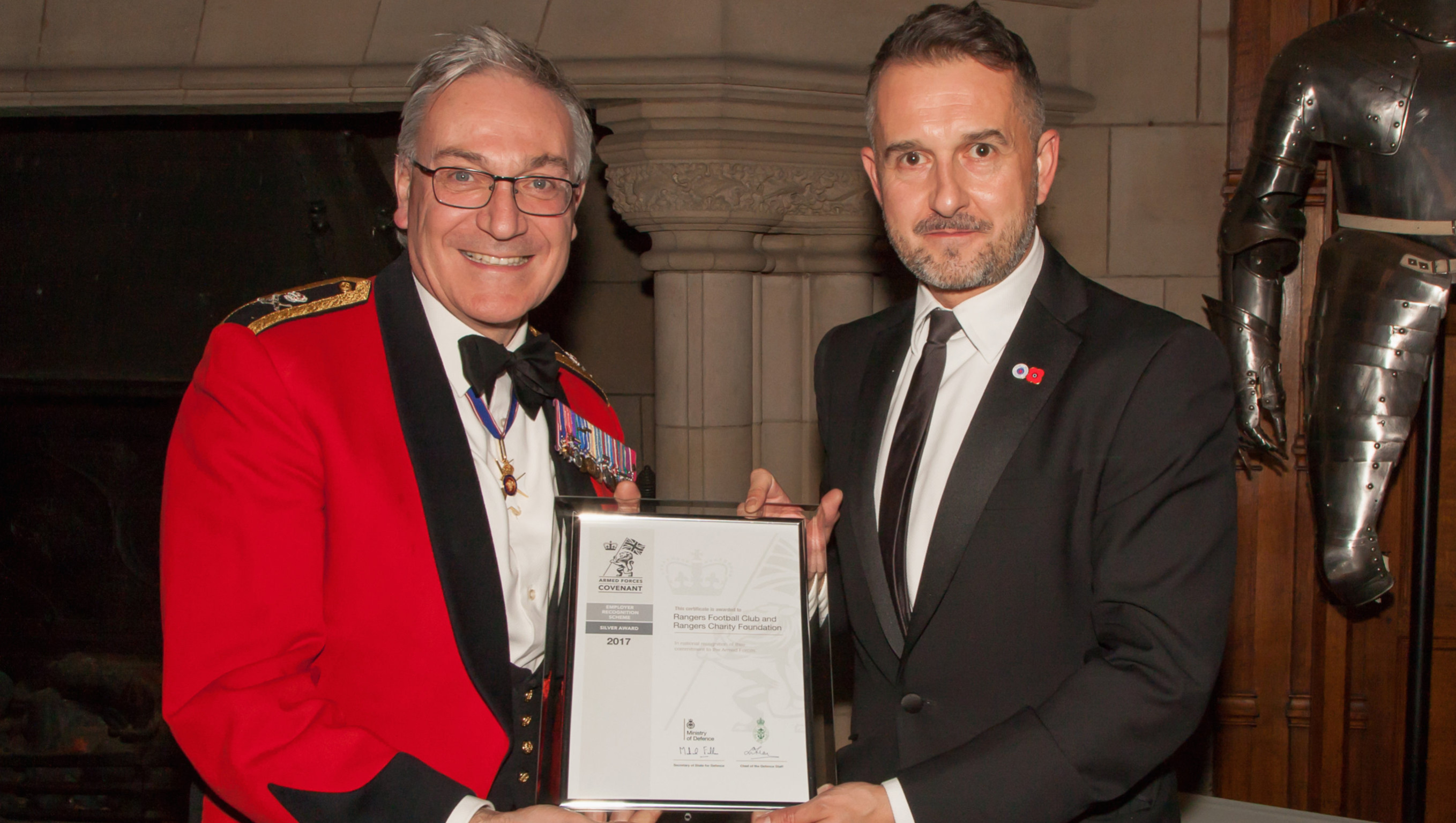 Rangers FC and the Rangers Charity Foundation were officially presented with the Employer Recognition Scheme Gold Award from the Ministry of Defence at a special ceremony in London in 2019 to recognise the club and Foundation’s commitment to serving personnel and veterans, making them the first British football club and club charity to be given the ERS Gold Award

This prestigious international social responsibility award was presented to the Club and Foundation in 2019 in recognition of our life-changing work. 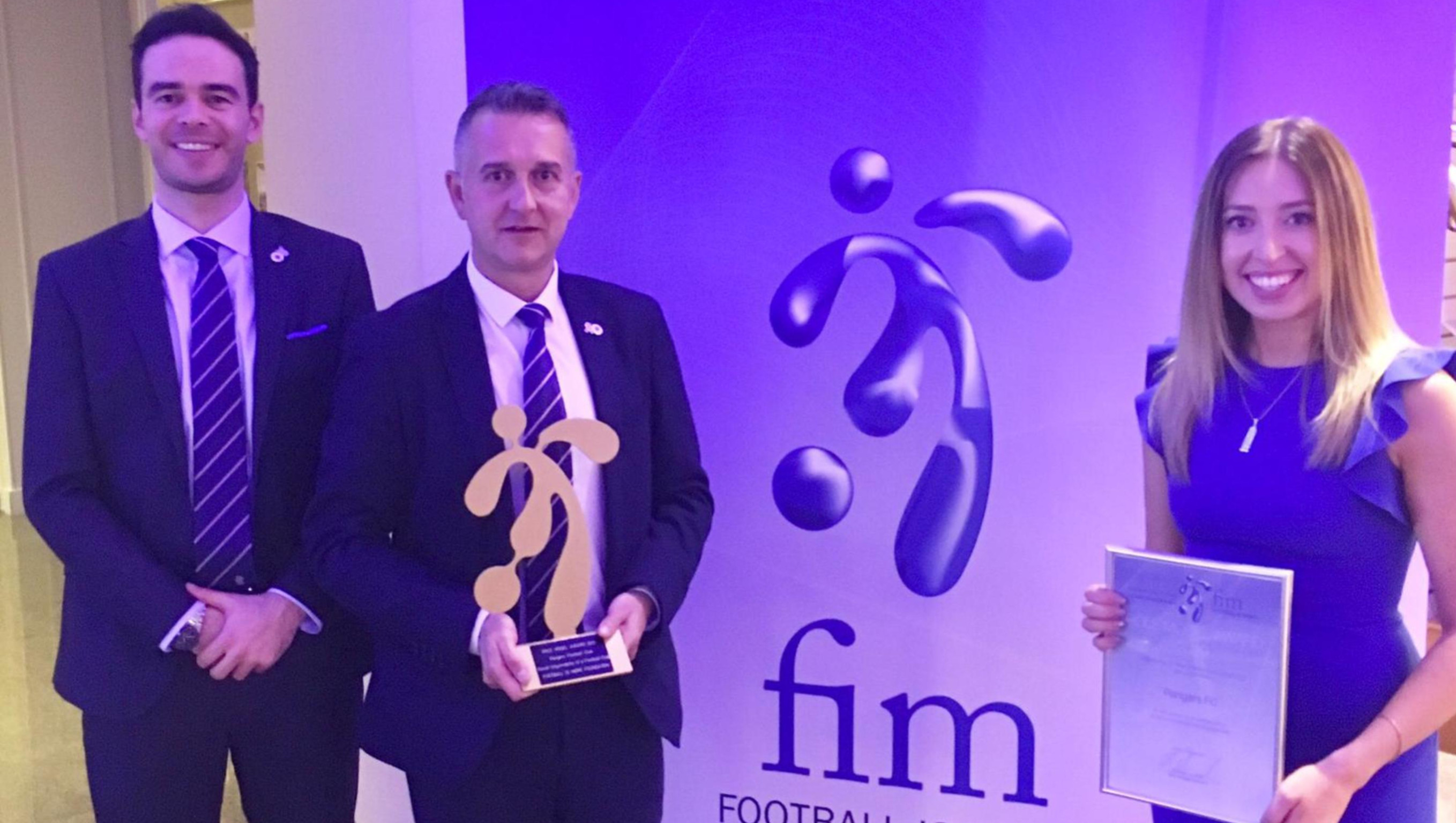 The Foundation won the 'Diversity in Sport' Award at the Herald and GenAnalytics Diversity Awards in recognition of our work to make sport accessible to everyone and educate future generations on diversity and inclusion. 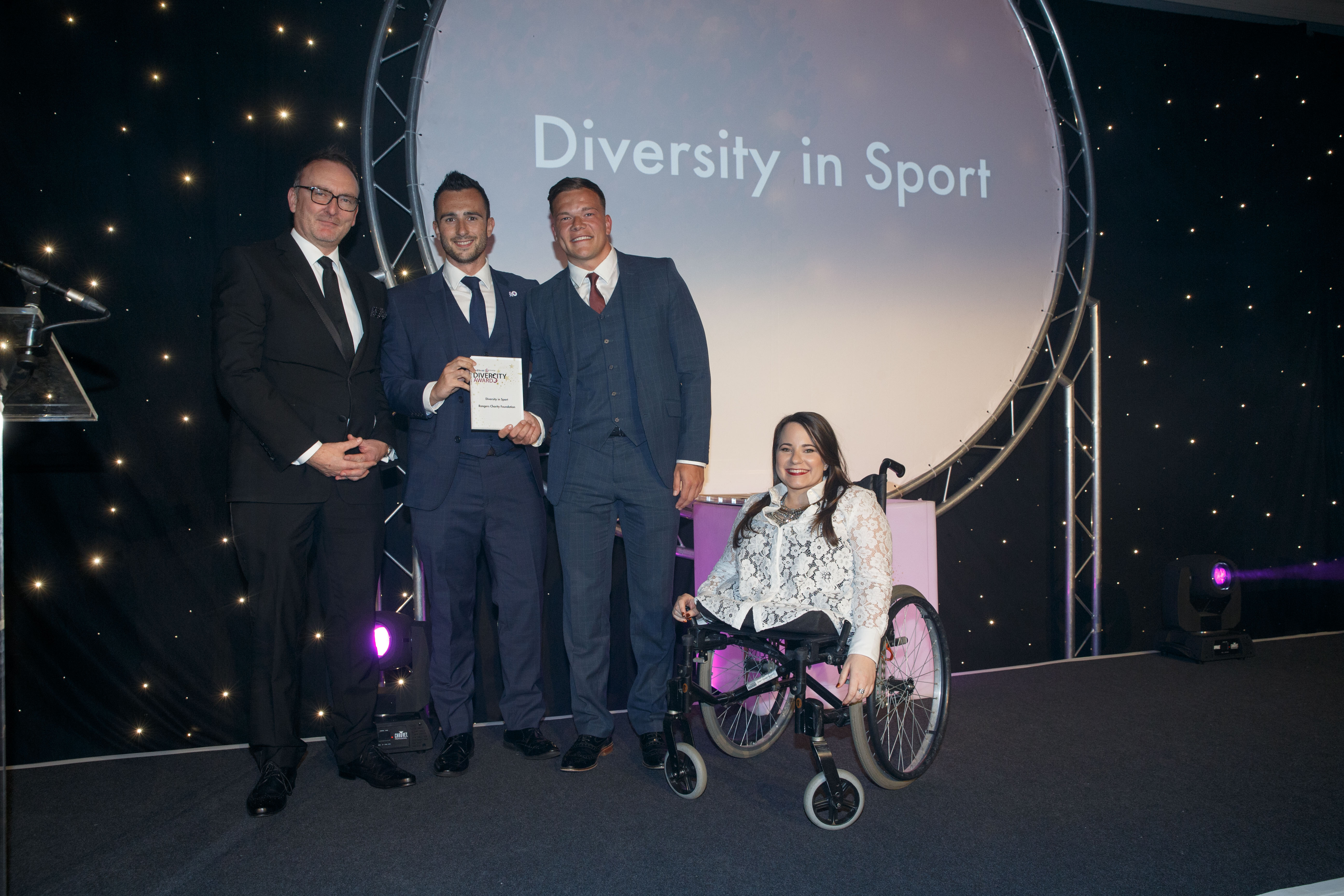 Our Autism Friendly Football project picked up the gong for Best Para-Football Project in the west region at the SFA Grassroots awards.

This top award from the Ministry of Defense was presented to the Club and Foundation in recognition of their continued support of the Armed Forces.

The Foundation was shortlisted for an Inspiring City Award for our work in education. The award recognises a pioneering achievement by an individual or institution that has made an impact on the learning and development of Glasgow citizens at all levels.

The Foundation lifted top prize in the Community / Events category for our True Blue Hero initiative and our partnership with Prostate Cancer Charity also received a highly commended award. 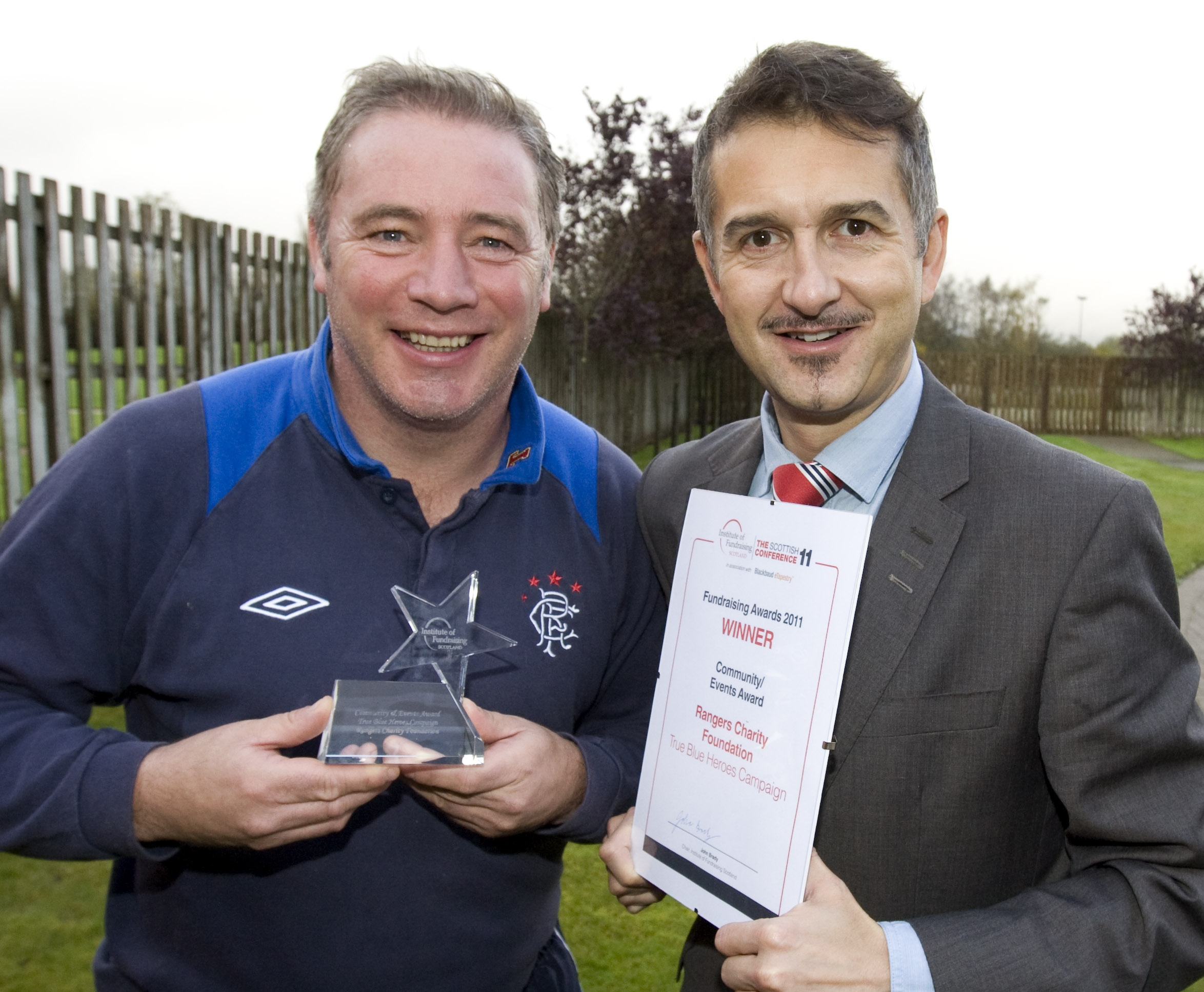 Foundation Director Connal Cochrane was named Community Champion for the Govan area thanks to his work with the Foundation and the personal challenges he undertook to raise funds.

Foundation Director Connal Cochrane won the Fundraiser of the Year award at the Institute of Fundraising Awards in 2008. He was praised by the judges for his outstanding contribution to his organisation and to the sector as a whole and for his commitm 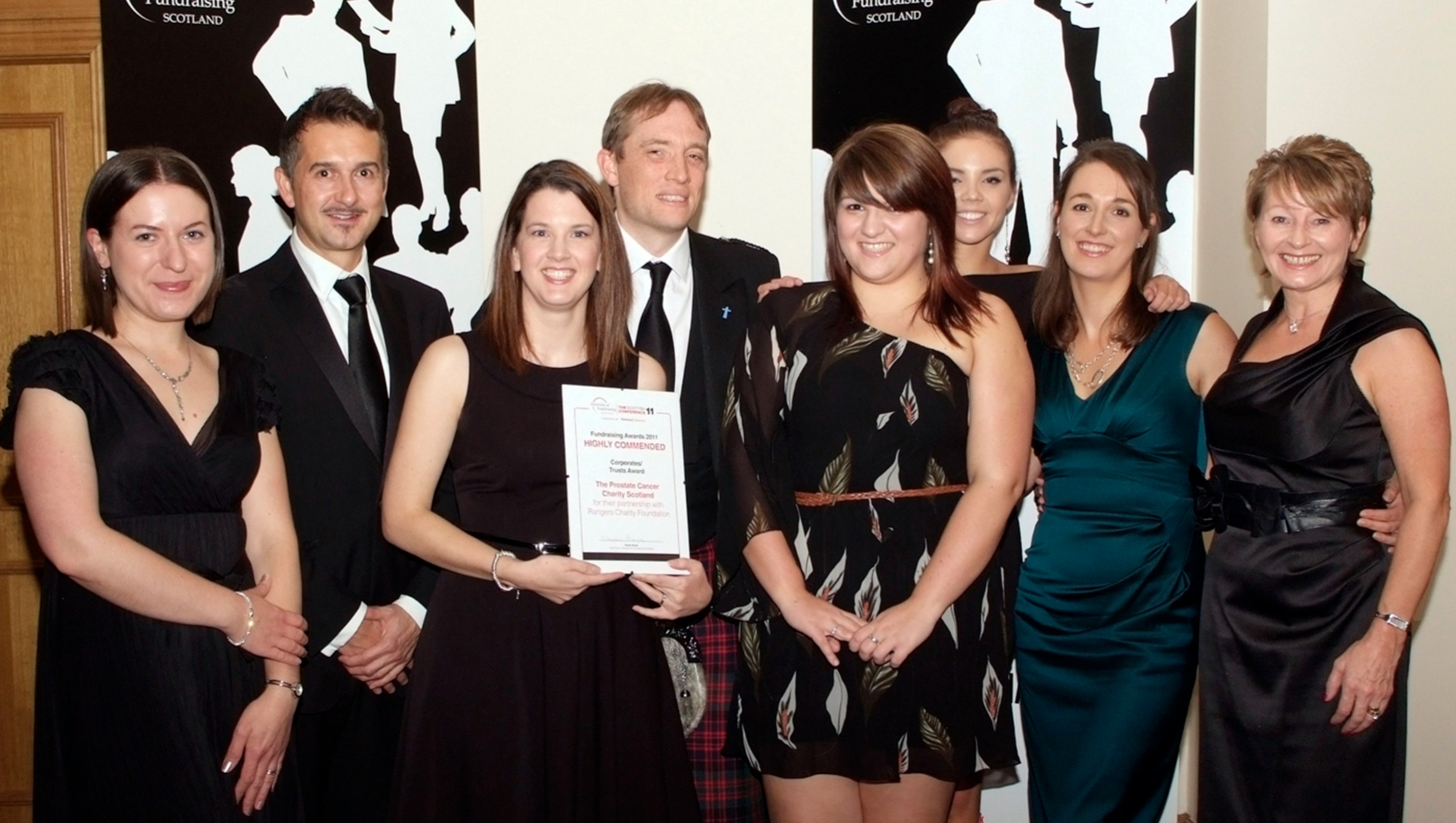 ent to taking on fundraising challenges in his spare time.

The Foundation was shortlisted in the category of Corporate Community Local Involvement for this prestigious award.

Foundation Director Connal Cochrane won the Fundraiser of the Year award at the Institute of Fundraising Awards in 2008. He was praised by the judges for his outstanding contribution to his organisation and to the sector as a whole and for his commitment to taking on fundraising challenges in his spare time.

Rangers FC won the Corporate Community Involvement Award at the UK Charity Awards for the work of the Rangers Charity Foundation and the club’s wider work in the field of Corporate Social Responsibility.

Rangers FC became the first football club to win a National Business Award when it picked up the Corporate Social Responsibility award for the work of the Rangers Charity Foundation and the club’s wider work in the community. 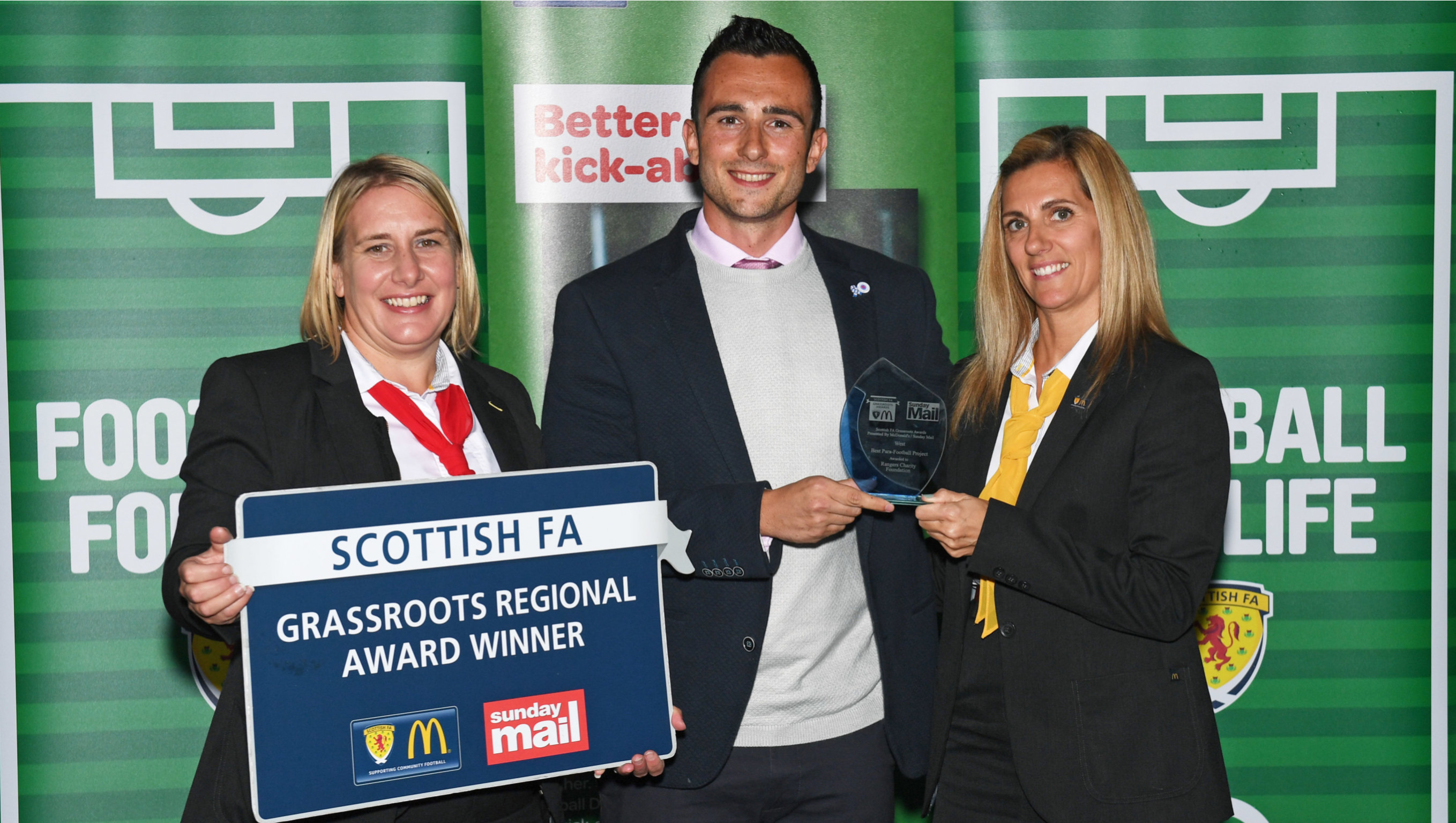